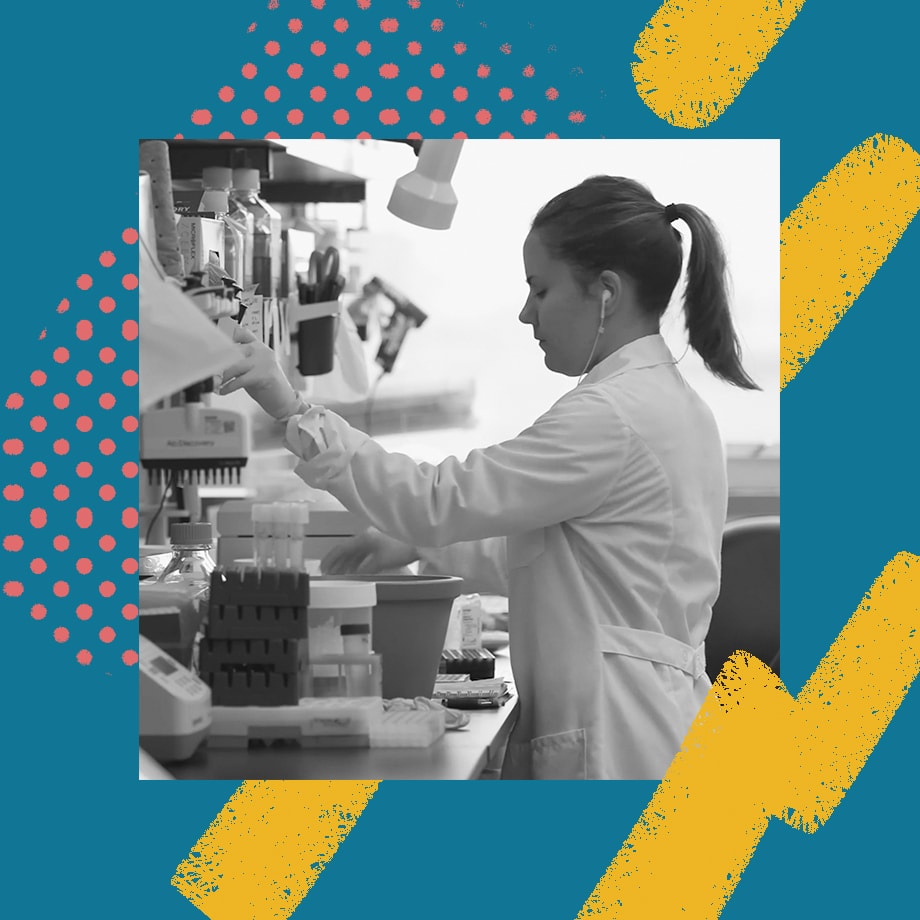 The Chan Zuckerberg Biohub is about taking the biggest challenges—conducting bold, groundbreaking research into infectious diseases and cell types that otherwise wouldn’t be done. The nonprofit research institute’s stated mission is nothing less than to supercharge the discoveries and new technologies that will “enable doctors to cure, prevent, or manage all diseases during our children’s lifetime.” That requires a radical approach, something the Biohub’s benefactors—Facebook CEO Mark Zuckerberg and his wife, Priscilla Chan—have some experience with.

Just as Facebook revolutionized how people connect, the Biohub is forging innovative links among leading biologists, scientists, engineers, and technologists. From its headquarters in the Mission Bay neighborhood of San Francisco, it works with 60 funded investigators across the three premier biomedical institutions in the Bay Area: Stanford University, the University of California, Berkeley, and the University of California, San Francisco (UCSF).

“The Biohub is built on collaboration; it’s in our name,” says Joseph DeRisi, a co-president of the Biohub and a professor of biochemistry and biophysics at UCSF. “We want people to come together across these traditionally different kinds of institutions and boundaries to work together in ways they wouldn’t have worked together before. One of the key elements that is required for all of this is communication. And our communication choice is Slack.”

Whether it’s an ongoing initiative to map every cell in the human body or organizing and chronicling DeRisi and co.’s rapid response to disease outbreaks across the globe, Slack channels streamline work where disconnected email and text threads fall short. The archived history of those channels document processes and decision-making—crucial in any scientific endeavor, but especially one as revolutionary as the Biohub.

Whenever an issue arises with a Biohub research project, investigators at an infectious disease outbreak site, or students and staff at DeRisi’s own lab at UCSF, everyone knows that the fastest and easiest way to connect with DeRisi is on Slack.

“They really appreciate the fact that Slack gives them a door to me,” he explains. “I have a complicated schedule. It’s difficult for me to set up face-to-face meetings every day. If they need feedback on a problem, an answer to a question, or to show me a piece of data, they can just [message] it to me. The biggest value for Slack for me personally is that efficiency—how fast I can respond and get things done.”

Such real-time feedback is critical to the success of high-stakes scientific research. “When an experiment’s not working, we could waste thousands of dollars going down the wrong direction,” DeRisi says. “If I can see something wrong and correct it [via Slack], then we can actually save time, move science faster, save money, and get better results in the end.”

In addition to the Biohub’s staff and funded investigators, new teams coalesce in response to infectious-disease outbreaks around the world. For each new event—for example, a drug-resistant bacteria outbreak in a local clinic—the Biohub creates a new channel in Slack and invites the people needed for that particular team.

“By having all our response efforts inside a channel and making sure that all members of that channel are part of that response effort, the Slack channel becomes our virtual emergency-response center,” DeRisi says. “It’s almost like those command centers where you have all the screens on the wall and everybody’s looking at what the situation is. We don’t need one of those rooms; all we need is the Slack channel.”

That channel becomes a chronological record of all the different pieces of data that were obtained during that response effort, including who obtained it and how and the interpretation, and creates a record of the response. In the end, it becomes an invaluable archive of what could be replicated in the future.

“Some of the biggest issues in biomedical research are reproducibility and accuracy,” DeRisi says. “I see Slack as a tool for helping with that, an accounting of who did what and when. Are you depending on someone’s hand-written notebook, a pasted-in Post-it note, or something scrawled on a paper towel? It could be recorded in Slack in chronological order and divided up in appropriate channels.”

That record doesn’t only serve as a cautionary tale, helping researchers avoid needless duplication and errors. It also provides inspiration, sparking synergies that didn’t previously exist and that further advance the collaboration at the heart of the Biohub. After all, when it comes to curing and preventing the most pressing global health epidemics, we’re all in this together.

4 reasons why the future of work is best-of-breed

Leaders from Box, Okta, Slack and Zoom agree that customizing your tech stack is key to doing your best work

Why Guru, ModSquad and Sisense rely on Slack Connect for secure collaboration

With email-based cyberattacks on the rise, these companies depend on Slack to work more productively with trusted partners