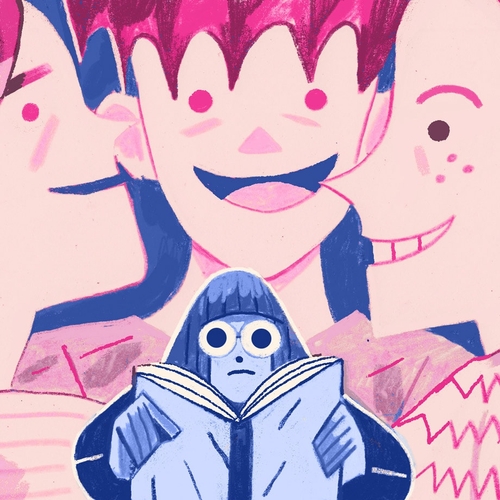 On the TV medical drama Grey’s Anatomy, a group of interns is given a difficult case to solve together—without an attending physician to guide them—to determine who among them is the natural leader. The winner of this challenge is referred to as “the Gunther” on the show.

Taking charge in a situation without a formal hierarchy in place is also called “emergent leadership.” And as the work landscape continues to evolve, it’s shaping up to be one of the most highly coveted employee traits.

What is emergent leadership?

Emergent leadership occurs when a group member is not appointed or elected as leader, but rather that person steps up as the leader over time within group interactions. It also empowers team members to make decisions outside the traditional structure of a business organization. For example, instead of junior employees obtaining approval from higher-ups on operational decisions—which can often lead to bottlenecks—colleagues who embrace emergent leadership can make those decisions themselves and lead their teammates accordingly.

The photo-app startup and creative community VSCO promotes emergent leadership and transparency in business by encouraging its employees to think and make decisions like owners of the company, because they inherently are. Says Katy Shields, VSCO’s Vice President of People and Places, “The more, and earlier, that companies can give up control, the more you develop the right kind of self-correcting culture where employees will be your biggest advocate—and also your biggest critic, if you’re not doing what you need to do as a team.”

Why should organizations cultivate emergent leadership?

On an individual level, it’s the self-starter quality in an employee that helps maintain momentum on projects and drive effective results. But on a more fundamental level, emergent leadership is the renewable energy source powering the effectiveness and growth of your organization.

It can also eliminate the need for a top-down, hierarchical approach too. Just look at companies like online shoe retailer Zappos, which has steered away from assigned leadership—those appointed to a formal management or supervisor position—and toward self-management, a relevant trait for emergent leaders.

Emergent leadership is also fueled by consensus, not decree. Teams that identify their own leaders naturally rather than being compelled to accept the decisions of an appointed one likely have a greater stake in the results.

Some of the most successful companies in the world have centered their hiring strategies around emergent leadership. Laszlo Bock, the former senior vice president of people operations for Google, highlighted it as a key quality the tech giant seeks in its people overall. And Beth Comstock, a former innovation executive at GE and NBC, has championed the trait as a critical factor in the future of business success.

How can managers encourage emergent leadership?

Managers who embrace a team-centric decision-making process create an environment in which emergent leadership can thrive organically. Still, assuming that the best leaders will naturally rise to the top can leave a lot of potential effective leaders out of the running—namely, those who are more introverted.

After all, emergent leadership tends to be dominated by extroverts. Researchers in the journal Personality and Individual Differences discovered after studying emergent leadership among business students that “introverts tended to forecast more negative affect than extroverts because they overestimate the negative emotions they will experience.”

To put it simply: It’s not that introverts won’t excel at or enjoy taking leadership in these situations—it’s that they think they won’t. Before completing a group problem-solving activity, the introverts in the study identified with the statements “I will feel fearful; I will feel worried; I will feel distressed; I will feel upset; I will feel nervous.”

This negative forecasting doesn’t have to be a barrier to leadership, however. If they can put it in perspective, introverts can and do thrive as natural leaders on their own terms. The study’s hypothesis: “If introverts can develop strategies to more accurately forecast their enjoyment of behavior more conducive to emergent leadership, then it is possible that such individuals will be on a level playing field with extroverts in relevant social situations.”

To ensure that this can happen, managers need to create a collaborative leadership dynamic within their team where they act as a guide and resource to their direct reports, rather than as a commander in chief. Concentrating on the leadership potential and growth of the quietest person on the team as well as on those who naturally take charge can give introverts the tools and mindset to take on a leadership role.

At the end of that Grey’s Anatomy episode, it’s revealed that the test is called The Gunther because the first winner was a quiet man named Gunther who wasn’t on anyone’s radar. But workplaces should get Gunthers on their radar. As the study argues, the tendency for introverts against emergent leadership is “problematic,” since there are many situations in which introverted characteristics can be synonymous with good leadership.