Emoji upvoting, error logging and home-remodeling help: These were just a handful of the luminous ideas Frontiers participants dreamed up during our inaugural Slackathon.

The challenge? Create a solution for Slack that covers the entire user experience. The rules? Leverage lessons learned at Frontiers 2019 in San Francisco to build something both original and driven by a real-world problem.

It didn’t matter whether our ingenious participants prototyped with paper or PHP—we required only creativity and a positive attitude. More than 100 people participated, representing a cross section of industries including finance, air travel and AI. We gave ’em three hours to break into teams and put their skills to the test.

The winning team scored sweet swag, including an iPad Mini and a pair of ever-coveted Slack socks with our vintage logo. Here’s how it all went down. Slackathoners assemble! More than 100 participants broke into 15 teams to compete for glory and Slack socks.

Participants were tasked with building something new, inspired by the demos and discussions that took place in our Curiosity track, a program we designed especially for developers attending Frontiers. 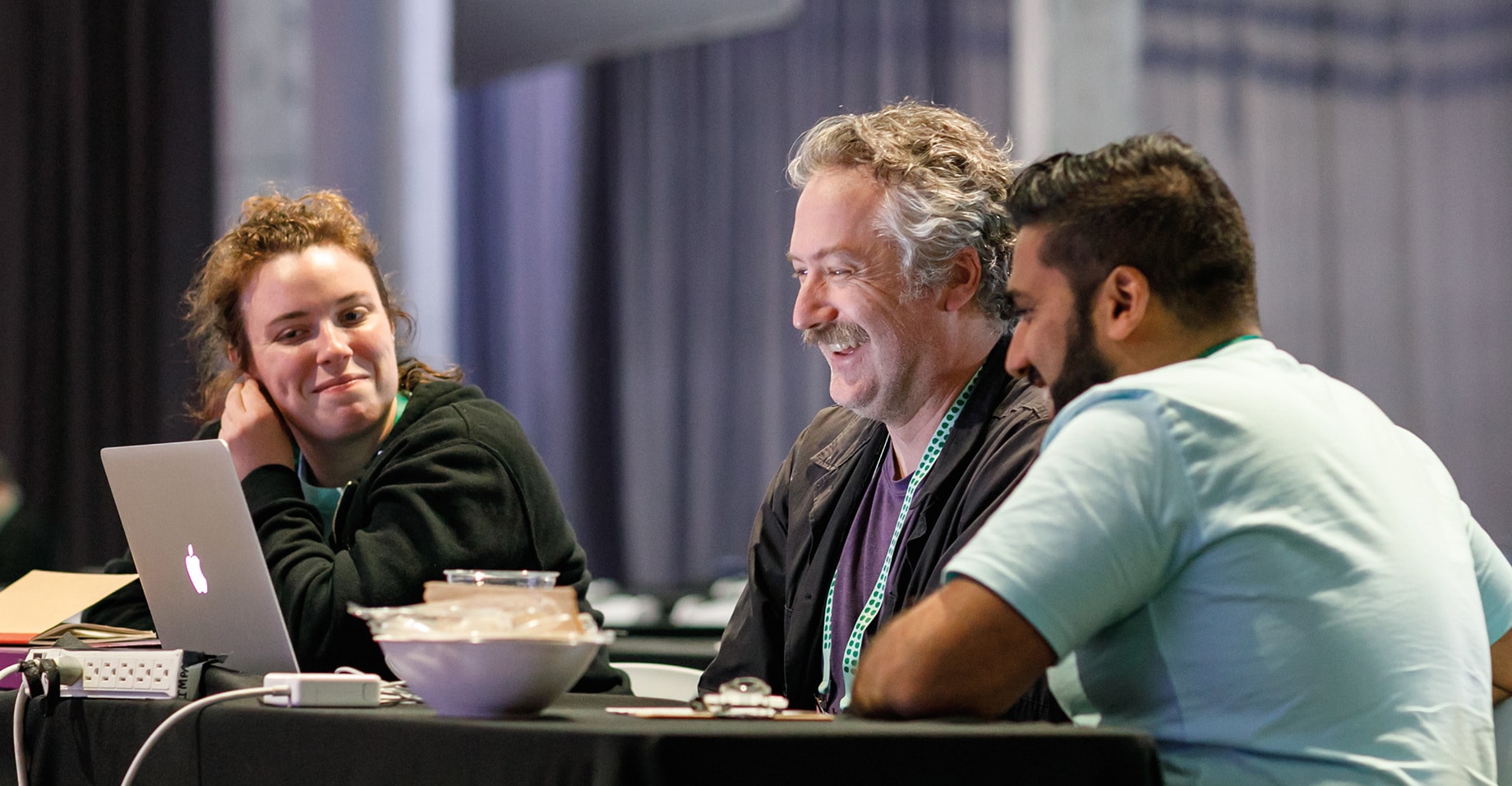 A participant (center) from OMFGCO, a Portland, Oregon–based design agency, teamed up with Slack engineers to tackle home-improvement projects. The proposed prototype would help people in the thick of remodeling projects communicate with contractors and subcontractors via Slack. Engineers from American Airlines brainstormed a seamless solution for making the most of their employee benefits. 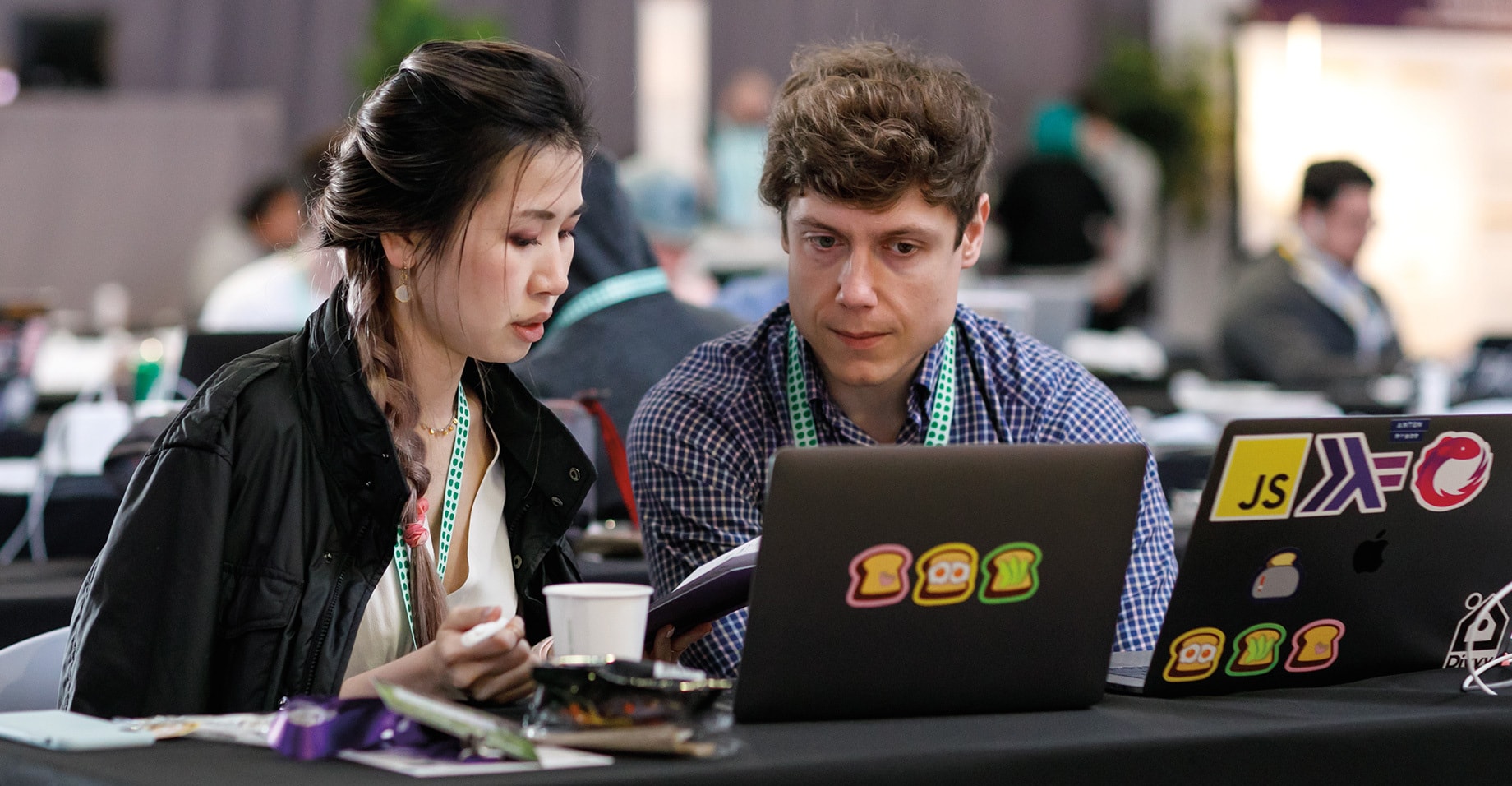 Slackathon participants drew upon reserves of strength, dedication and focus to take them across the finish line before the first round of judging. 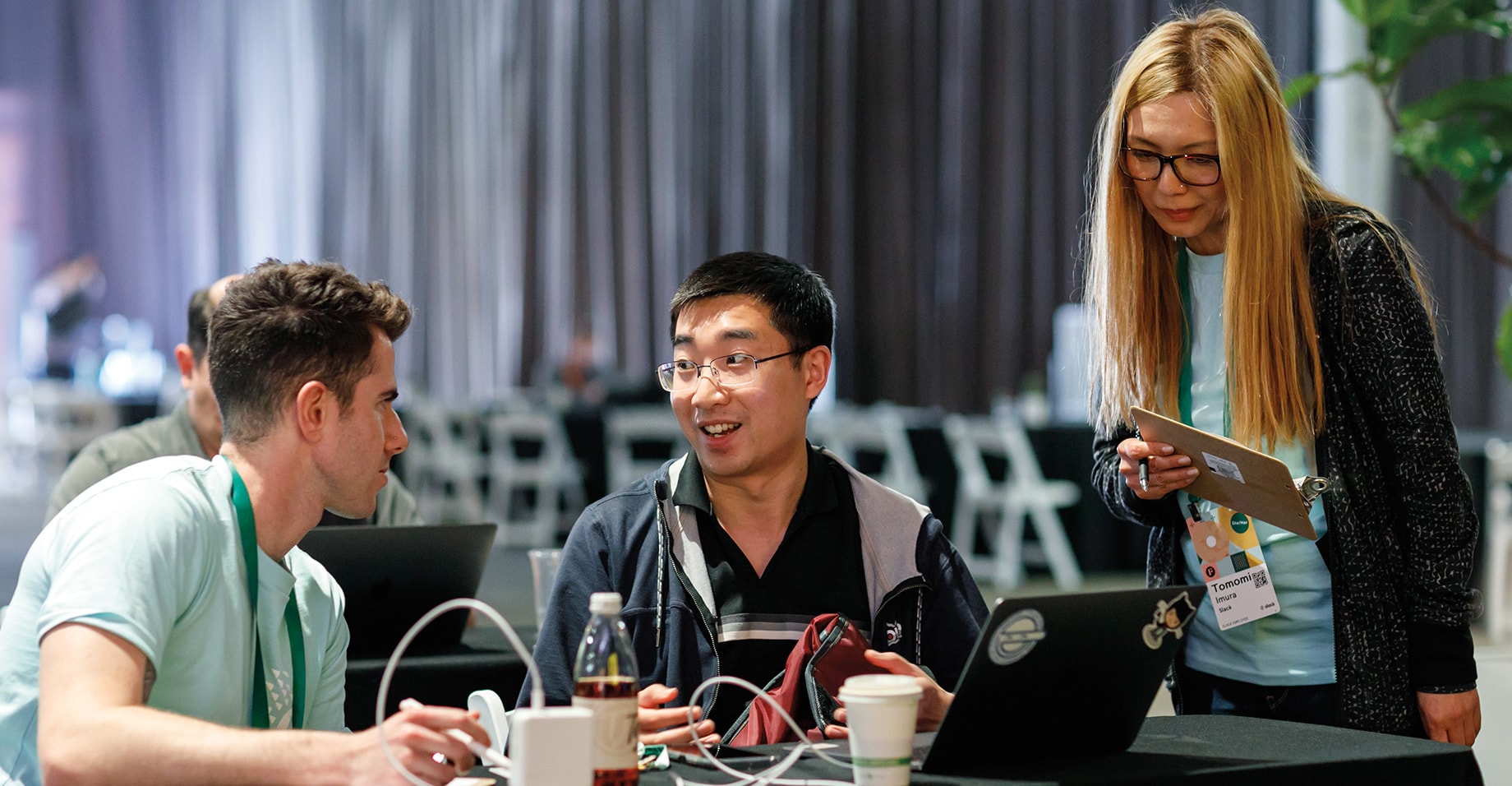 After jamming hard for nearly three hours, our valiant participants met the judges. Professionals from our platform team strolled the venue science-fair-style and scoped out the prototypes. Five teams made it to the final round. Their solutions addressed a range of problems—from emoji overload management to airline employee benefits to a user-friendly way to organize GitHub conversations. The finalists represented American Airlines, Capital One, Treehoppr and Toast.

After much debate among the judges, Capital One took home the gold—the iPad Mini and swag, that is. The team’s app offered a way for groups to manage and collectively approve new emoji via upvoting.

“We want to empower our users to upload emojis because they have both a functional purpose and a community purpose,” said Connor Anderson, the team’s spokesperson. “With this tool, we take that community purpose even further.”

If you missed this Slackathon, fret not! This was just the first of many, and we hope to jam with you at our next event.