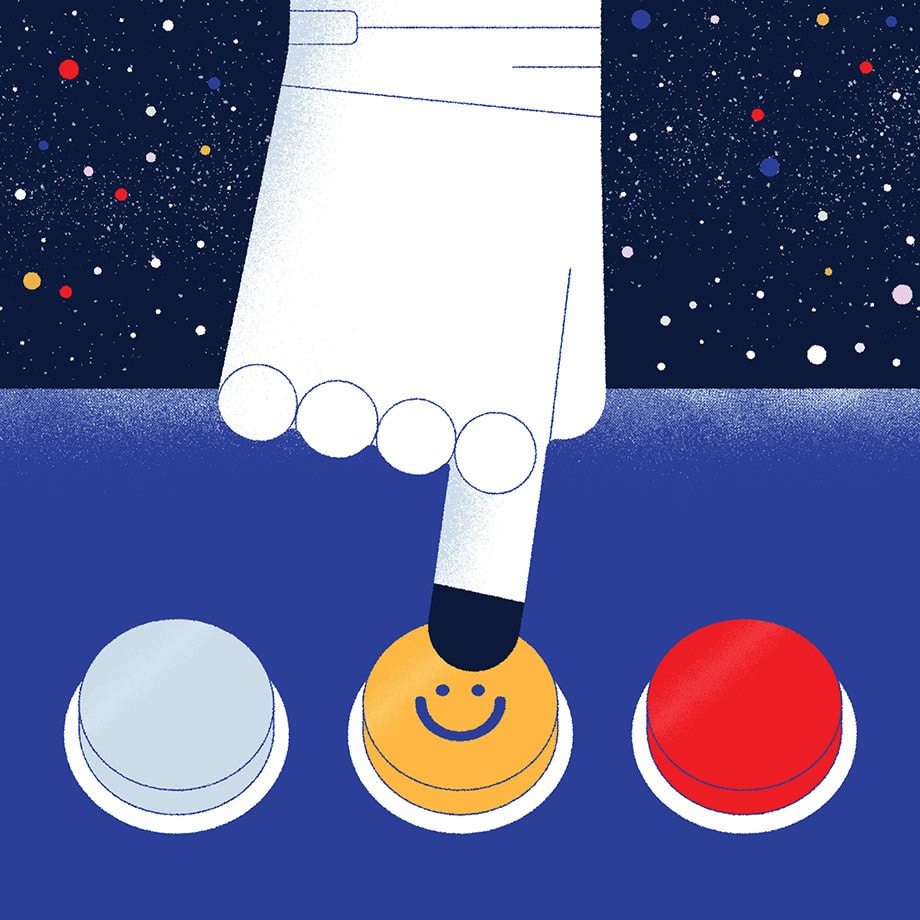 How do you make a decision? There are countless time-honored methods, from flipping a coin to writing a pro-con list to help you choose. But if you want to make a good decision, there’s a little more to it.

Fortunately, experts in various fields—from space exploration to neuroscience— have developed solid methods for comparing options and charting a wise course of action. We’ve rounded up some of the best advice from top professionals to help you make smart choices in work and in life.

You might assume that poker players are always acting on instinct, but champion Liv Boeree says that’s not the case. “While we shouldn’t ignore our intuitions, we shouldn’t overprivilege them either,” she says. Long-term success, she explains, relies on strategic thinking and assessing probabilities. “Your gut is your friend, and so is a cost-benefit analysis.”

So when should you follow your gut? Scientists have found that instincts are often rational and reliable. The catch is that this only applies to familiar situations when your instinct is informed by experience.

“Emotions are actually not dumb responses that always need to be ignored … they are also a form of information processing,” writes neuroscientist Valerie van Mulukom. But she notes that when you’re in a new or unfamiliar situation, it’s better to rely on external information to avoid falling prey to biases and wishful thinking.

Arianna Huffington has an attention-grabbing strategy for success: “Sleep your way to the top.” No need for pearl-clutching: she’s talking about getting enough rest.

Huffington points out that when you’re exhausted, you’re incapable of rational thinking and prone to making mistakes. This doesn’t just apply to fatigue. As anyone who’s gone grocery shopping while hungry knows, physical stress leads to poor choices and impaired thinking.

Efficiency is important, but remember that most urgent decisions can wait until after lunch. That sandwich (or nap) could declutter the mind and affect your decision-making ability, making all the difference.

Being informed is key to making a good decision—but so is acting efficiently. So how do you decide when you’ve got enough information to move forward?

Former Secretary of State Colin Powell came up with the 40-70 rule: Once you know 40% to 70% of the pertinent information about the issue, Powell says, that’s enough to guide you toward the best option. “Once the information is in the 40 to 70 range, go with your gut.”

Having less than 40%of the needed information leads to errors, while going beyond 70% is too much time spent on fact-finding. Business experts describe this as the cost of delay: the negative impacts of waiting to act.

Embrace the possibility of failure

Astronaut Chris Hadfield knows a little something about making high-stakes decisions. In space, he says, “There is no problem so bad that you can’t make it worse.” While most of us will never have to deal with a problem in zero gravity, we can borrow his strategy of preparing for failure.

“It’s not so much being negative or pessimistic,” Hadfield writes about planning for the worst. “It, in fact, makes you calmer and more optimistic because you have a readiness for the untoward or the unexpected to happen.”

Thinking through the possible negative outcomes of your decision allows you to respond quickly and proactively, rather than panicking when something inevitably goes awry. As Momofuku CEO David Chang puts it, “It’s the height of stupidity to think everything is going to work according to plan.”

Ever tried to make a decision during a heated argument? Learn from Gary Noesner, a former FBI chief negotiator who has dealt with rioters, terrorists and kidnappers. He applies the “paradox of power” when negotiating: “The harder you push, the more likely you are to be met with resistance.”

To resolve a tough discussion, resist the urge to be forceful about your point of view. Instead, diffuse resistance through active listening. Once tensions have cooled you can move forward.

Trust your team to make decisions

While producing four popular TV shows at the same time, Shonda Rhimes found that delegating decisions to a trusted team was necessary to getting things done.

“I think it’s really important to be surrounded by people who know more stuff than you do, and are better at it than you are,” Rhimes told Fast Company. Ultimately, you can’t focus on the big picture if you’re making every little decision yourself.

Rhimes adds, “Sometimes people don’t want to be empowered because they are afraid of being the person to make the decisions.” Ensure your team members know that it’s OK to make mistakes by building a safe and supportive workplace culture.

When in doubt, do something

Learning how to make good decisions means relying on your instincts as much as your intellect. Fortunately, there’s more than one way to reach a good choice, whether you’re making a decision on your own behalf or in conjunction with the whole team.