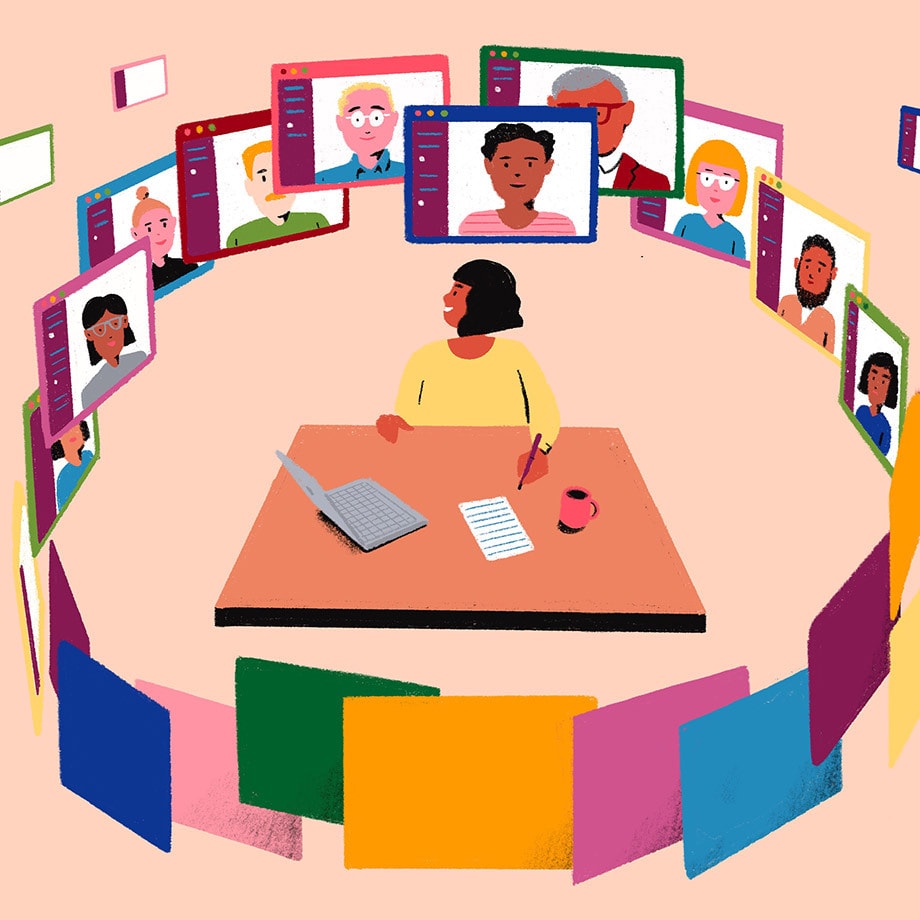 When technology security company McAfee transitioned its entire organization to work from home in response to Covid-19, executives in the consumer products business unit wanted to keep communication between employees and leadership open and active. So they turned to Slack, the enterprise-grade channel-based messaging platform, to conduct an Ask Me Anything (AMA) Q&A session hosted by McAfee’s vice president of consumer strategy and general manager of the consumer cloud division.

Using Workflow Builder—a visual tool that lets anyone create custom workflows code-free and automate routine processes in Slack—they designed an AMA process that was easy to build and use, ultimately creating a high degree of engagement between employees and executives. Here’s how McAfee launched its first executive AMA with Workflow Builder.

“Workflow Builder was so easy to use that our executive was able to self-moderate the entire AMA. It was a great experience all around, especially for employees who submitted questions using the workflow.”

Before the AMA session started, Newell’s team posted instructions on how to participate. Then employees kicked off the AMA workflow by clicking on the lightning bolt icon in the message bar while in #exec-ama. Then they would select “Submit AMA Question.”

A private form would then pop up asking the user to type their question. By clicking “submit,” a message would be sent to the submitter, confirming their question had been received and letting them know it would be answered in-channel once approved, time permitting.

Meanwhile, the submitted question would automatically be routed to the private #exec-ama-moderation channel, where a moderator would approve the question. This allowed the AMA team to skip redundant questions, prioritize the most relevant, and still commit to answering any remaining questions 24 hours after the session.

The team scheduled two time-based rounds of the AMA using staff-wide calendar invites: one for McAfee employees in the North America region and one later that day for those in the Asia Pacific region. More than 1,000 employees joined #exec-ama and several hundred of them actively participated in the event.

Moderate a live AMA in Slack

No need to create a workflow from scratch
Use this AMA workflow template to download a pre-populated workflow into your Slack workspace.

Customize your workflow
Once imported, edit and publish your workflow with Workflow Builder in just a few clicks.

Give teams a chance to interact with leadership
This workflow can be used for Q&A sessions in addition to AMA sessions, including fielding questions at the end of an all hands meeting.

As McAfee transitioned all its employees to remote work, executives wanted to find ways to encourage employee engagement and foster connection with the leadership team.

“We wanted to help teams stay engaged and keep people involved,” says Newell, “to open up the lines of communications so employees wouldn’t feel disconnected from our executive team now that we’re fully remote.”

Participation was strong and enthusiastic: Employees submitted 42 questions overall—far more than the executive had time to answer in the hour-long sessions. Feedback solicited at the end of the AMA was also positive, with employees saying that the sessions were helpful and informative and they appreciated the simple and easy-to-use workflow format.

By hosting the executive AMA in Slack, Newell and his team were able to accomplish two goals:

Since the AMA was a resounding success, Newell and his team are organizing future AMAs with multiple executives across various departments. They’ve also created new workflows using Workflow Builder templates, such as standup meeting reminders and incident response alerts.

“With its streamlined construction, Workflow Builder is a powerful tool for Slack users,” Newell says, “especially when it comes to internal communication and automating entire processes end-to-end.”

How to create your best workflows with Workflow Builder

Create a personal test channel.
Test your workflow with a private test channel before you install it in your team’s main channel.

Put an image on the workflow created
Giving the workflow a unique avatar ensures that it will be taken more seriously as a distinct project.

Create steps with placeholders for variable data
Personalize messaging and form responses for your workflow by adding placeholders for data—such as a member or channel name—to customize them.

Add confirmation messages for request workflows
When people submit requests or other data, let them know their submissions have been received and outline what they can expect next.

Send people a copy of their responses
Give people a receipt for what they’ve submitted, especially when form data is submitted in a different channel or it’s set to disappear once submitted.

The future is collaborative: How communication platforms are shaping the way that we work

Data from a global survey of 1,200 IT decision makers and 3,000 users shows the effect and importance of collaboration platforms in the new workplace

It's time to improve inclusion, flexibility and connection among our teams, no matter when or where they’re working