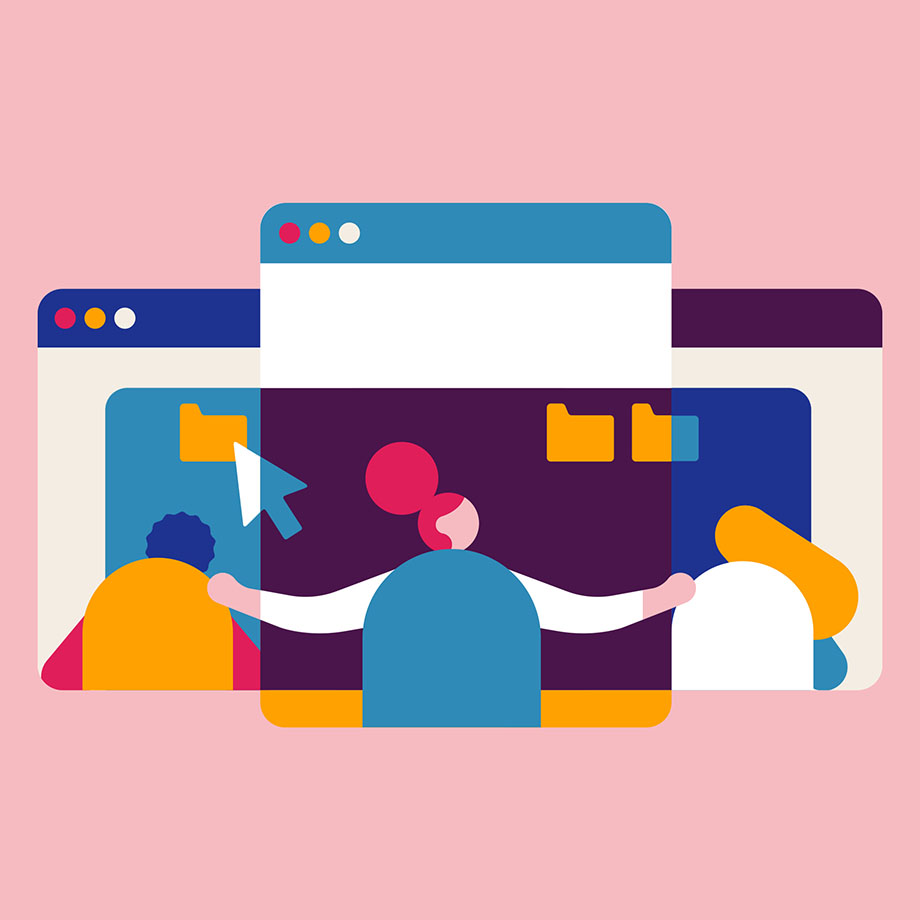 The modern office is evolving. Historically, work-life balance has been driven by work-life separation—Covid-19 changed that. Suddenly, people were working from their kitchen tables, and the elements of their lives that would normally be kept under wraps bled into their day to day.

What was surprising was how well it worked.

Flexible hours and the end of the commute meant that parents and carers could work at times that suited them, which boosted efficiency and employee satisfaction. And as countries open back up, the mistake would be to jettison those gains and return to business as usual. The next few years will be about seizing opportunities to improve both the way we work and the employee experience.

Slack partnered with the Financial Times to present The Future of the HQ, a virtual webinar that brought business leaders from Slack customers together to explore how organisations of all kinds are rethinking what work means. Katarina Berg, Spotify’s chief human resources officer ; Andrew Murphy, the John Lewis Partnership’s executive director of operations; and Cal Henderson, Slack’s chief technology officer (CTO) and co-founder joined a discussion moderated by Patrick McGee, San Francisco correspondent at the Financial Times. They talked about how they unlocked innovation during the pandemic and how those discoveries are helping them create working environments that work for everyone.

With the hybrid work model, people have the flexibility to work when it best suits their schedules. Some people might prefer to work in the evening or early morning, and they can choose to meet with colleagues either onsite or from a remote location. And that flexibility brings gains. Employees are more productive and significantly less stressed—and they even report being better connected to the people and information they need to get the job done.

But hybrid work affects more than efficiency. According to Berg, it also allows Spotify to promote diversity in the workplace.

“If someone has mental health issues, working from home can be a help—they don’t feel up to getting dressed and coming into the office, but they may feel able to connect over a screen,” Berg says. “For people with children, hybrid work removes some of the stress of having to make that daily commute to the office. They don’t have to stick to a rigid schedule, and they can still further their careers.”

And when work is more flexible, potential employees are no longer locked out of jobs because of their home location.
“While we’re a global organisation with offices in 15 cities, we used to need our employees to be in one of those cities for us to take them on,” Henderson says. “Being able to employ people from more places has been a big win for diversity for us; it’s unlocked a huge talent pool.”

Obviously, it’s OK not to have a good day, and hybrid working makes that easier to manage. You don’t have the stress of having to come into an office to show that you’re visible and present.

All in: managers and leaders must embrace hybrid working too

As hybrid working arrangements become more entrenched, they will become a key differentiator in the recruitment process. Employees increasingly seek a good work-life balance, and employers who provide it will move to the top of their list.

“If you want to attract talent, it’s going to be very difficult to do if you don’t offer the same degree of flexibility as all of your peers,” Henderson says.

But how can companies ensure that hybrid working doesn’t fall at the first hurdle? Without the right policies in place, there is a danger that companies could drift into prioritising the employees in the office over the ones at home, creating a two-tier system where in-person meetings are still the key to career advancement. There is no perfect solution, but being aware of potential biases is crucial.

“When we reviewed the employee evaluation metrics we were using, so many of them were actually biased towards inputs rather than outputs,” Murphy says. “The digital world just forces you to be really ruthlessly focused on employee output and to steer away from what were previously the norms of the office environment, like presenteeism.”

For Henderson, it is critical that change happens from the top down.

“You can tell people that they can work remotely, but if their manager is in the office every single day, then they are going to believe that they have to come in if they want to succeed,” Henderson says.

Early on in the pandemic, Slack intentionally moved to asynchronous all-hands presentations. It releases each video at a time when a significant number of people can watch it “as live” but also spins up a Q&A channel that’s available for 24 hours. That means that discussions stay lively but no one is left out.

“Presenting to a screen has such a different feeling to presenting to a room of people, and that’s something we need to equip managers and leaders with—a new, different skill set,” Henderson says.

With hybrid working, if people don’t see leaders doing it, then it’s not going to be successful.

Centring the employee experience, no matter where they are

Slack’s Future Forum recently surveyed more than 10,000 knowledge workers around the world and found that 93% want a flexible schedule, while 76% want flexibility in where they work. Over 80% still want access to an office for in-person collaboration and team building. But even organisations that have invested in culture, technology and physical space have struggled to bring employees back to the office, highlighting the importance of engaging with individuals to find out what they need.

“One of the things that came through strongly during the pandemic was the desire that employees have for agency, and that’s what we’re trying to give them,” Murphy says. “We allow people a lot of freedom to find their own balance between work and home, so when they are in the office, they really want to be there.”

Spotify conducted a number of employee surveys, both during and after lockdown, to find out what its people want their next normal to look like.

“Sixty percent of our employees want to have the opportunity to come into what we call the office, but they want to use it in a different way, whether that’s for focus work, for collaboration or just to get away from their home environment,” Berg says.

Henderson agrees that the office still works better for certain things. As yet, there is no digital substitute for getting up close with people around a whiteboard or a meeting room table and doing intensely collaborative, creative work. Equally, the digital world has yet to find a way to replicate the serendipitous conversations that happen at lunch or in the lift, the kind of conversations that build a mesh of relationships that span a company rather than just one team.

“It is my belief that we will be mainly using offices for collaborative work and social interaction,” Henderson says. “I think that for the majority of employees, that’s going to be their experience of visiting an office—going in several times a year to engage in those kinds of activities as opposed to heading in daily to a spot where they sit down.”

Our role as employers is really to provide people and teams with the freedom to find their own way of hybrid working and try and resist the rush to judgment.

As hybrid arrangements become a big part of our working world, there is a danger of employees feeling like they are constantly on the clock.

“I don’t think many people enjoy their commute, but it forms a really important barrier between ‘at work’ and ‘not at work,’” Henderson says. “That boundary has been bleeding for the last decade because of the rise of the smartphone and everyone being at least semi-online all the time.”

When lockdown forced companies to go fully remote, many of them tried to do exactly the same things that they did in the office, but digitally. They didn’t work asynchronously, but rather filled up people’s calendars with endless video meetings, which led to Zoom fatigue and low productivity.

“We’ve made it much more socially acceptable for people to turn off video during meetings and just have audio, which feels very different and is less tiring,” Henderson says.
Slack also made more of its meetings asynchronous, so people don’t have to attend live, and carved out “maker time” for its engineers three mornings a week.

“We don’t have scheduled recurring meetings during those times, so they have the space to focus on individual, deep work,” Henderson says.

According to Berg, companies have to first of all ask their employees what works best for them and then come up with solutions that suit their needs. But the path to success doesn’t end there.

“You keep on testing, you throw other things into the mix,” Berg says. “Try meeting-free days or just decide that all meetings where you don’t need to take notes are ‘walk and talks’ that take place in the fresh air,” Berg says.

You can’t do great work and have great ideas if you never put down the laptop lid, take a break and refresh.

The best hybrid arrangements heighten productivity, minimise burnout and provide equitable experiences for all. But they don’t just happen. To successfully navigate the future of work, companies have to listen to their employees and structure new working worlds that centre humanity and allow people to thrive personally and professionally.

“You have to be very, very humble and realise that what we’re doing now is an experiment,” Berg says. “But if you open that dialogue with your employees, listen to what they say and act accordingly, then it’s going to help enormously.”