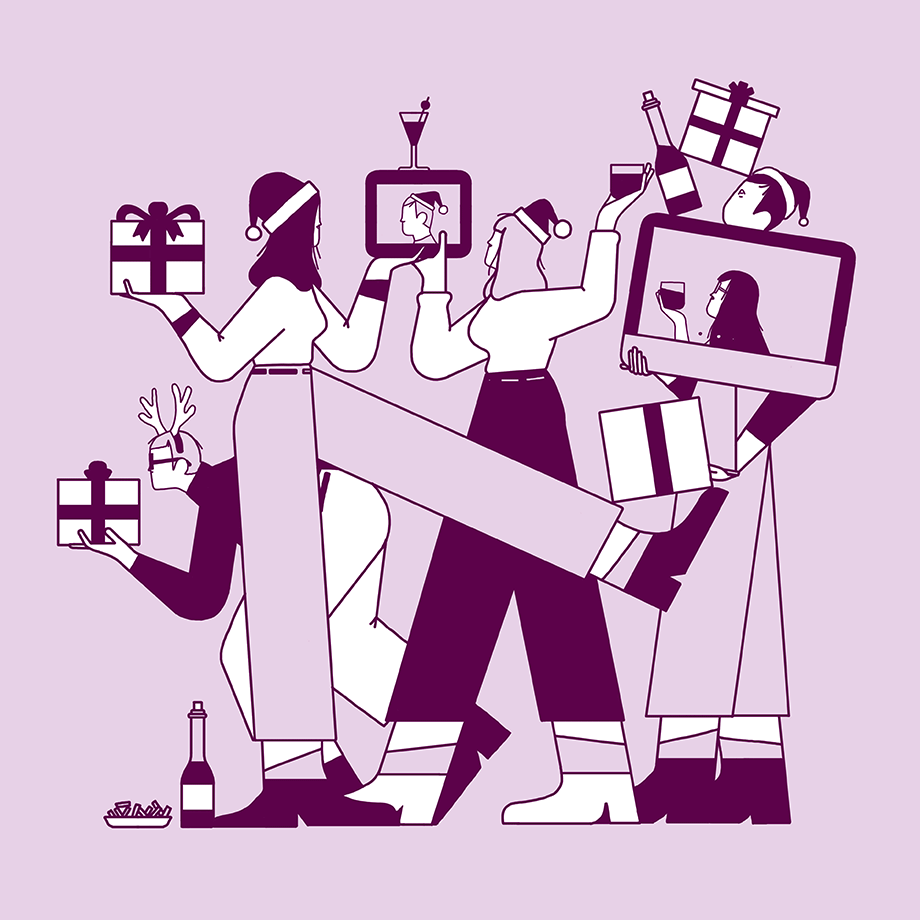 ’Tis the season for sweating it out in your ugly holiday sweater as you make your best attempt to socialize with your coworkers and the higher-ups. While most American workers are looking forward to some time off to spend away from the office, not many share the same enthusiasm for the traditional office holiday party, according to staffing agency Randstad.

In theory, the office holiday party allows you to get to know your coworkers better without the time clock ticking. It also provides your company with an opportunity to show you its appreciation with a good meal and maybe a small gift. So why do so many people dread the annual party?

The origins of the traditional office holiday party

The office Christmas party—as it was known before some workplaces became more inclusive—is a relic from the Great Depression intended to lift the spirits of workers who didn’t have much money to put toward being merry. Mental Floss writer Jake Rossen, in his mini-history of this tradition, explains further that it’s evolved over the years as women entered the workplace and HR and legal teams added more structure to office culture. But one thing hasn’t changed, which is the expectation that you attend.

“We always request for cocktails and mocktails to be served in the same glassware. We don’t want to single out employees in terms of drinkers versus non-drinkers.”

The same Randstad survey found that 77% of workers surveyed felt like their workplaces were doing a good job of acknowledging a variety of religions around the holidays. But there are still some areas where companies are coming up short.

Potlucks are a great, inexpensive way to break bread together, but employees with dietary restrictions often find themselves unlucky at the team potluck. If your office holiday party features a potluck, compromise by letting employees bring sides while the office provides a main course and desserts that accommodate everyone’s dietary needs. And of course, the same considerations apply even if your party is an entirely catered affair or takes place at a restaurant.

Another overwhelming concern that came up frequently around office holiday parties was related to drinking. At some workplaces, cutting loose at the office party has become synonymous with excessive drinking. Whether someone is sober or simply isn’t interested in partaking, it can become an isolating experience.

As one worker recalled a particularly tough year, “The company bought all the gifts on our behalf, so no one knew what we were opening. Every single gift was an expensive bottle of alcohol, except one: it contained a gallon of maple syrup and a DVD copy of Elf. I cried the whole night.”

Jesse Hawkins, the founder of The Mocktail Project and a mocktail catering service, has a few suggestions for avoiding this scenario:

Hawkins says it’s also important to remind party planners to be mindful of the cups that they use: “We always request for cocktails and mocktails to be served in the same glassware. We don’t want to single out employees in terms of drinkers versus non-drinkers.”

Another issue that can come up is the awkwardness of engaging with coworkers in a social setting. That’s why Monica Bischoff, an account manager at the marketing agency Fieldtrip, says her secret sauce for a successful holiday office party is planning social events throughout the year.

Regular gatherings help diminish the tension during stressful periods and get people in the habit of spending casual time together. “By the time the holiday party comes around, everyone is really excited,” she says.

If the office holiday party isn’t working for your company culture, don’t be afraid to swap it out for another activity that will get you those team bonding vibes you’re after. One option is to volunteer together or create your own reason to celebrate.

Fieldtrip does both with “Thankaversary.” This annual celebration honors the company’s anniversary by giving each employee $50 and sending them out into the city to do as much good as possible with it. Some employees pair up, and some donate their time as well as their money. Bischoff says, “It’s just really interesting to see how many people we can touch in the community in just one day.”

If your team includes remote workers, it’s not too challenging to take traditional holiday activities, like a secret gift exchange or even the entire party, online. Remote teams at companies like Xerox have been doing it successfully for more than a decade now. And you can always take it really old-school and drop a handwritten note in the mail.

The holiday party doesn’t have to be an event that your entire office spends the whole year dreading. With a little energy put toward being considerate and inclusive, and encouraging your team to put their own spin on the celebration, it can easily go from must-attend to want-to-attend. After all, the way we work is changing, and so is the way we spend time with our colleagues when we’re away from our desks.