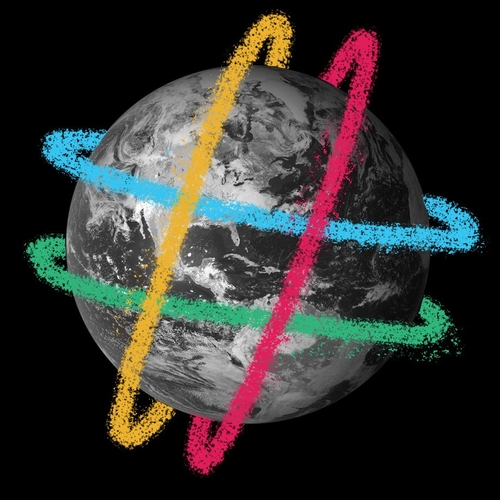 Remote work isn’t just a trend these days; it’s a fact of life. According to a Gallup survey, nearly half of the American workforce has logged hours remotely. While some of these workers are telecommuting from home or their favorite coffee shop, others are scattered across offices in different cities or time zones.

As both distributed and remote work become more commonplace, Slack channels are helping teams stay up to date by providing a single place for them to share messages, tools and files. Here’s how some of Slack’s customers are using channels to forge strong connections within their remote workforces.

Setting up remote resellers for success, brick by (Lego) brick

As any serious collector can tell you, Legos aren’t just child’s play. That’s why Bricks & Minifigs, an aftermarket Lego reseller, has seen so much success that it’s opened stores in 38 locations across the U.S. and Canada. The franchise caters to anyone who wants to buy and sell Legos, whether customers are shopping for the latest and greatest or hunting for a retired set.

We spoke with John Masek, the CEO of Bricks & Minifigs, about how the company uses Slack channels to connect all of its stores. Masek says there are about 15 public channels that franchise owners use to share tips. Some of the most popular channels are #identify-this and #pricing-to-sell. Remote resellers plug into these channels when they need to identify and price rare finds fast. Remote work also happens within the 40 private channels that individual stores use to communicate with the corporate team.

“Store owners know they can reach out to us anytime they need support,” says Masek. “We tell them we’ll reply in 48 hours, though usually the most they’ll wait is an hour. Slack has probably been the best tool possible for making them feel like they have our ear.”

Serving up a sweet replacement for group texts among remote coworkers

Since serving its first cone in 2008, Molly Moon’s Homemade Ice Cream has opened eight ice cream shops across Seattle to satisfy the city’s sweet tooth. It offers flavors like strawberry shortcake, Earl Grey and salted caramel, made from ingredients primarily sourced in the Pacific Northwest.

Each store has its own channel, and store managers and shift leaders use various Slack channels to manage operations and inventory. A particularly active public channel is #seasonal-flavors, where employees in any store can quickly look up ingredient lists of Molly Moon’s seasonal offerings for customers who have allergies or dietary restrictions. 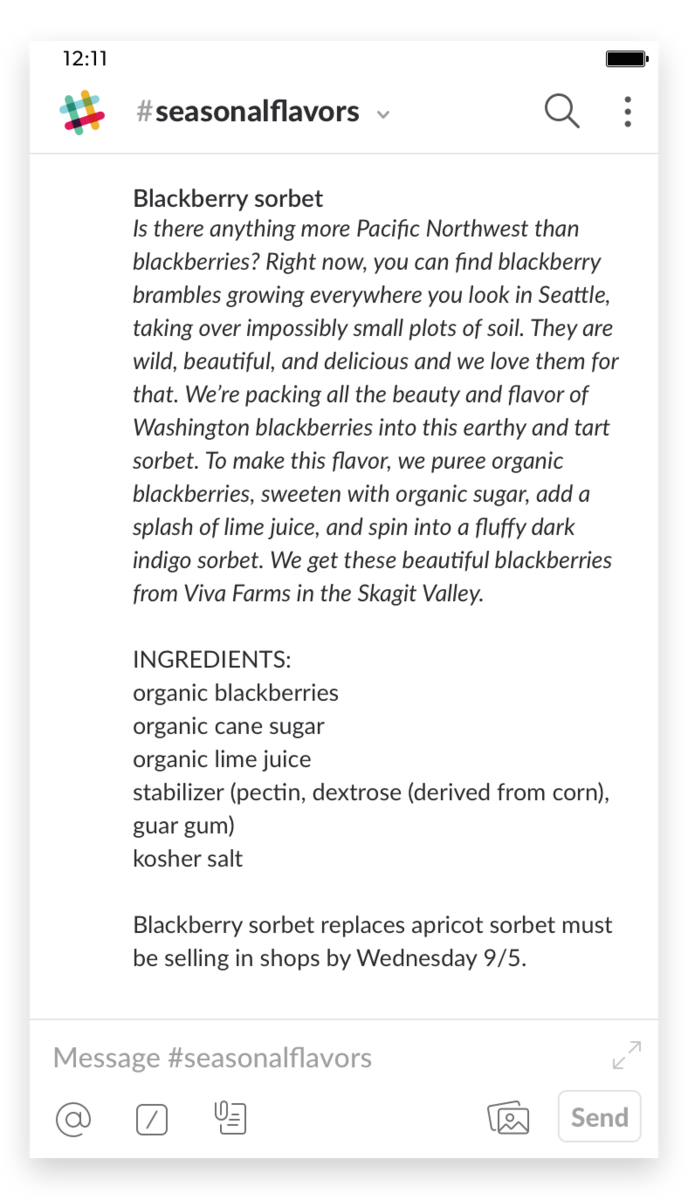 “We use Slack as our everyday communications tool,” says Anderson. “No one at the scooper level wants or needs to receive a text message at 10:30 p.m. about why the safe won’t open.”

Many employees who fall along the autism spectrum have razor-edge precision. Yet more than 80% are unemployed, which means thousands of people are being excluded from the workforce. Ultra Testing, a New York–based quality-assurance software-testing company, wants to change that.

Ultra Testing actively recruits a neurodiverse workforce; 75% of its employees have Asperger syndrome. Many of these workers have skills that are a perfect match for IT and engineering: logic, pattern recognition and attention to detail.

The entire team works from home, with the help of Slack channels. CEO and co-founder Rajesh Anandan says Slack has helped his team fight the kind of loneliness and social isolation that’s common among remote workers. 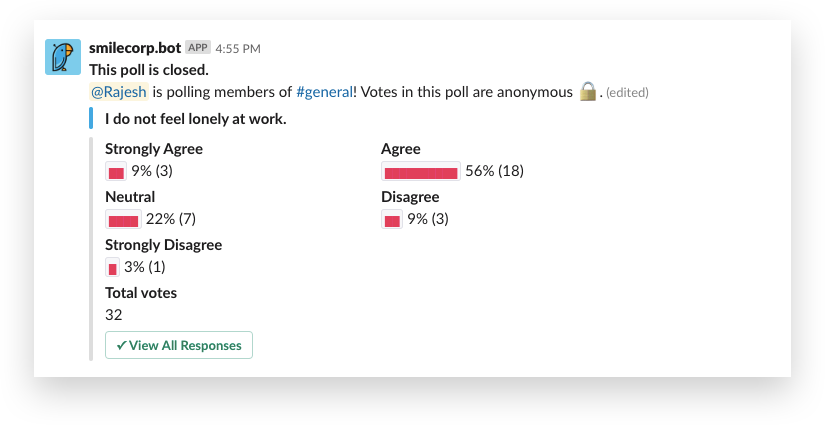 “We don’t think of what we’re doing as creating accommodations for colleagues who might be wired differently,” says Anandan. “We try to make sure that the workplace norms and the business practices that we’re developing are truly inclusive and, ultimately, better for everyone.”

Founder and CEO Jason Williams explains how coordinating a robust wildlife safari program in Yellowstone and Grand Teton national parks is all about coordinating remote work. The office staff is distributed across a main shop, four home offices, and the hotel garage at the Four Seasons Jackson Hole. And that’s not to mention the wilderness guides, who track migrating animals and lead safaris for multiple days at a time across state lines and scenic mountain valleys.

Before the company began using Slack, guides shared updates from the field via text messages, phone calls, emails and sometimes handwritten notes. Tracking down important pieces of internal communication distracted team members from tracking down wildlife. Now the Jackson Hole Wildlife Safaris team communicates in organized Slack channels like #wildlife-sightings, to update other guides on safari, and #schedules, to let teammates know who’s working and who will be out in the field on a particular day. 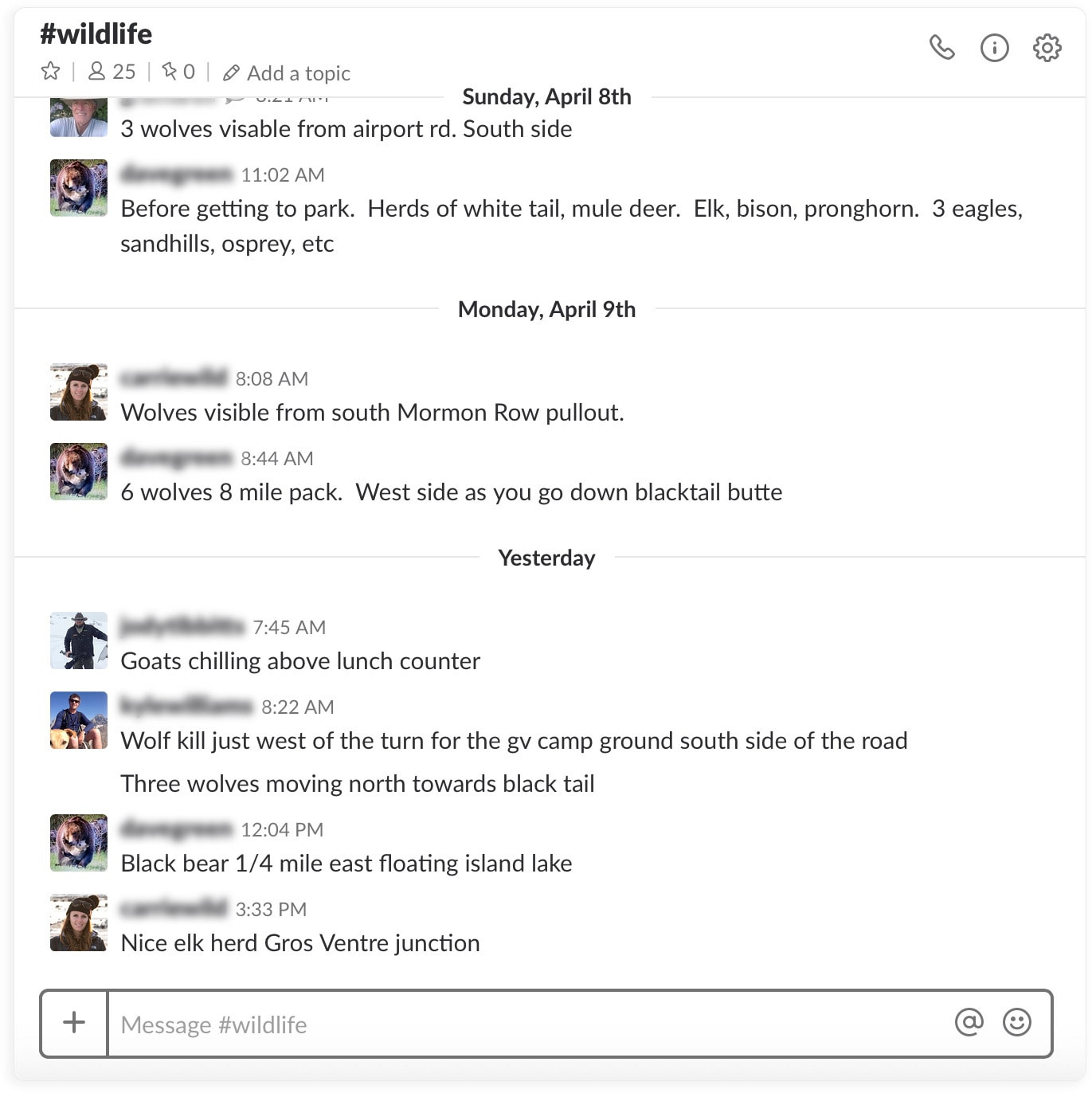 “We’re seeing an incredible amount of collaboration in the field,” says Williams. “And the sharing and archiving of wildlife sightings allows us to bring our guests to the best places in the region and effectively impassion them to support conservation and the protection of the places we love here in Jackson Hole.”

It’s no secret that the world of sports coverage is as fast-paced as an exhilarating soccer match. From covering the FIFA World Cup across continents to organizing day-to-day communication, Slack channels keep Fox Sports on track.

Michael Bucklin, the vice president of digital content, explains how Fox Sports moved its communication away from emails and texts to Slack channels. This move increased the company’s productivity by keeping employees looped in with all the critical information they needed to do their jobs well.

“Most of us work on about 10 different sports throughout the year,” Bucklin says. “To be able to follow work on all of them through different Slack channels and threads is vital for our team.”

With technology like video conferencing and collaboration hubs helping companies evolve into digital workplaces, remote work is becoming more feasible and popular across industries. But it doesn’t come without hiccups. Slack channels can help companies of all sizes combat miscommunication, disorganized emails and group texts, all the while shortening the miles between remote workers and distributed teams across the globe.

Help your company shift to a digital-first culture

Adapt to the evolving needs of your people, customers and market by building a strong foundation that empowers your organization