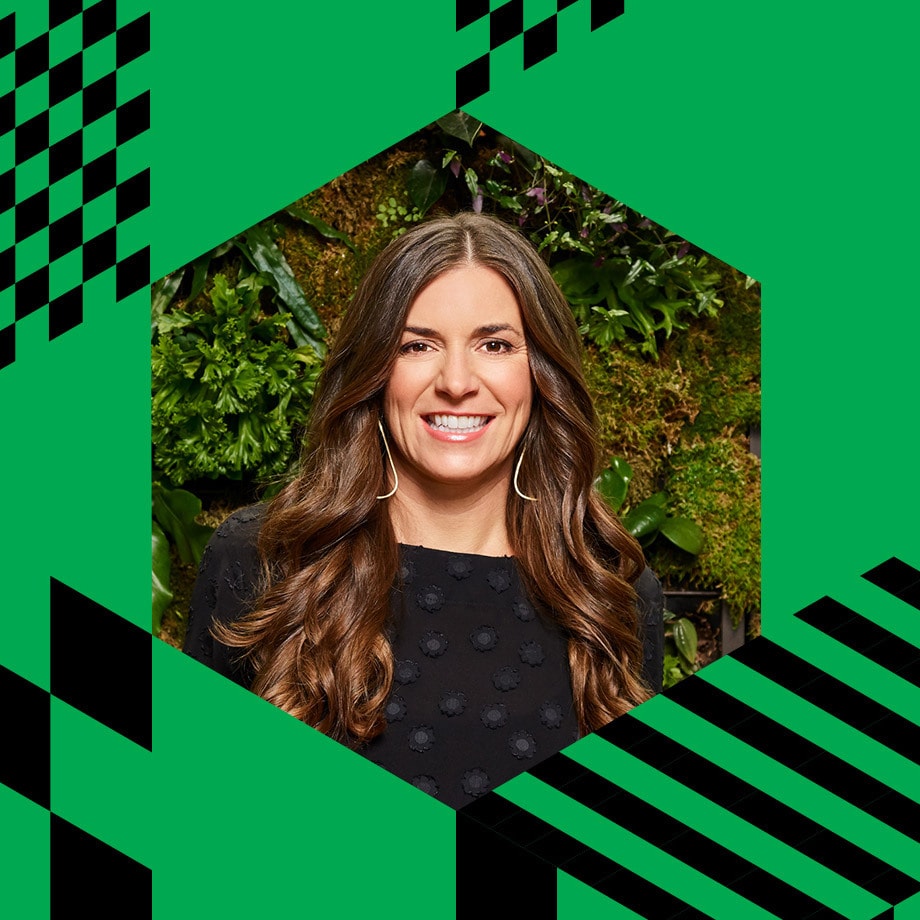 When given the opportunity to learn something new, Sarah Franklin is never one to say no.

As the executive vice president and general manager of Platform, Trailhead, and developer relations at Salesforce, she oversees an online learning platform that gives everyone the tools to learn the technologies and skills necessary to land a top job in today’s workforce. That platform, Trailhead, is a pioneer in the learning space designed to help everyone—regardless of where they live, their education level or their background—build skills for the future. But the skills that Franklin, a former software developer herself, puts to work as its leader weren’t always in her wheelhouse.

Before she began building with programming languages, Franklin was a chemical engineer. Fast-forward through a major career pivot, years of coding, and sitting in one lackluster presentation too many, and she was once again driven to pick up something new: marketing. Franklin admits it’s an unusual move, leaving a highly technical career for one defined by soft skills, but she believes that marketing know-how can be a difference-making skill in technical roles.

“Being a developer,” she says, “it’s scary to think of doing something that isn’t in a [computer program] command line every day. You worry, ‘Will I still be employable? Will I still be valuable?’ For developers to really understand not just what they’re building, but also the problem that they’re solving, makes them better developers. Some of the most valuable people understand both the technology and business worlds.”

Franklin was drawn to marketing because she’s passionate about educating customers. “Talking to customers about how they were using our technology opened my eyes,” she says. “They didn’t understand the possibilities—far less than someone who had built the technology.”

Tapping the well of communal knowledge

Much of the value that Trailhead delivers comes from the Trailblazer community, which unites more than 1.6 million people on their journeys of continuous learning. Franklin believes that community and education go hand in hand, and, similar to how developers can learn from their users, they can also learn from their peers.

“Not feeling like you have to know everything is so powerful,” Franklin says. “It makes you a better developer when you have people that you can talk to and rely on.”

A willingness to ask for help has become even more important as the pace of innovation accelerates. In fact, Franklin believes, keeping up with the latest technology and tools is the biggest challenge facing developers right now: “To stay relevant, you have to always be learning. And that feels like a full-time job.”

That concept extends to more than just coding, she says. She fires off a list of areas in which people must remain apprised in order to excel, including agile methodologies, business trends and ethical product design. For developers, the last is particularly significant. “If you’re creating code,” Franklin says, “and you have a feeling like, ‘I don’t know if this is right,’ you should feel empowered to step up and say something about it.”

1. Describe yourself in one emoji.

2. What’s the strangest thing on your desk?

A headband that has disco balls on it. I don’t think it’s strange, but probably people do.

3. What artist is currently at the top of your playlist?

5. What phone apps are on your home screen?

Diverse voices make us all better

Franklin has also long been a champion for inclusive hiring and changing the ratios in software development, a sector that’s been historically lopsided. “We don’t see enough women; we don’t see enough underrepresented minorities,” she says. “We need to actively recruit, empower and help people.”

This change starts with challenging our own unconscious bias—a stereotype someone holds without realizing it. “Systemic unconscious bias is real,” Franklin says. “The best thing we can do is call ourselves on it, recognize it and take action.”

When we’re able to do that, Franklin says, it not only creates opportunities but also presents the chance to learn from others. For example, when called out for overlooking a peer’s point of view, she says, the onus is on her to learn from that person and understand her own blind spots. “When we’re humble and don’t think we know everything, we can create a feeling of safety, where conversations can happen.”

Put simply, it’s yet another example where an appetite to learn can make a very tangible difference in our own careers—and the success of others.

Don’t miss Sarah Franklin’s keynote, “Crafting Community,” at Spec, the conference for anyone who builds on Slack. Check out the full agenda, and grab your ticket today.

Meet the flag-bearers: Insights and inspiration from Slack Community Leads

Building connection and community from the ground up

End-of-year feedback meetings with your manager don’t have to be cause for concern—in fact, they can be cause for inspiration