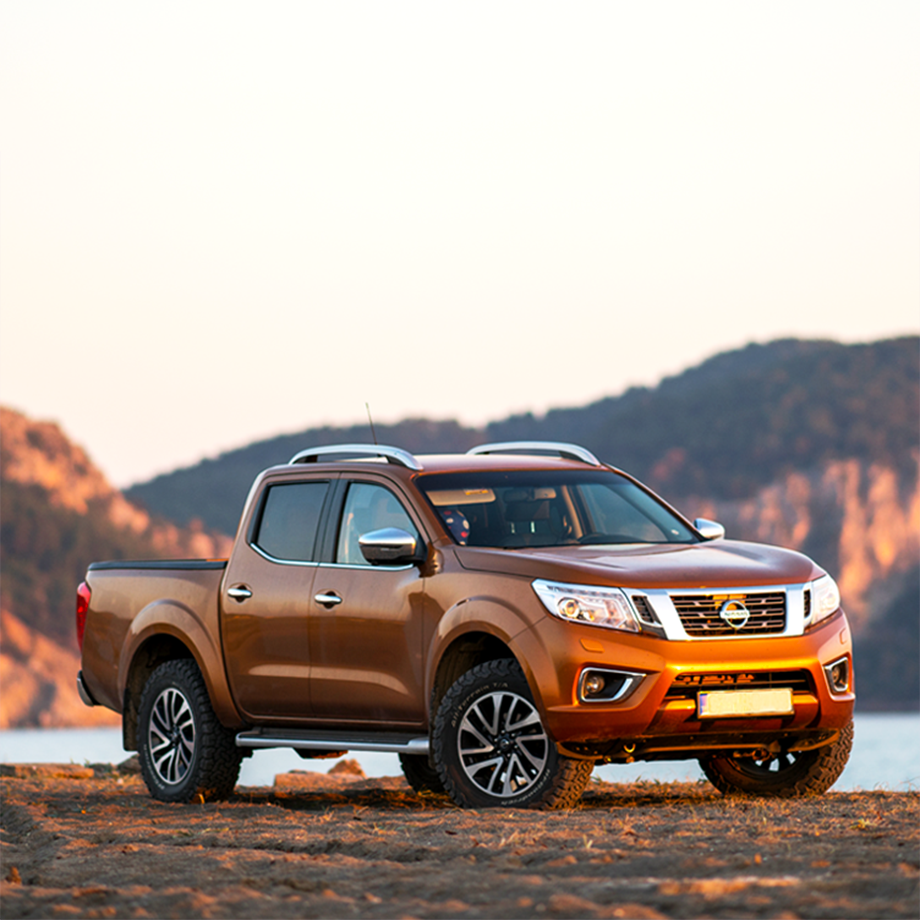 Established in 1977 as a local classified magazine, Auto Trader has grown to become the largest digital automotive marketplace in the U.K. and Ireland. Today the company’s website lists more than 485,000 vehicles and receives an average of 58.3 million visits each month.

To convert those visits to sold cars for retailers, Auto Trader must create a seamless user experience, which requires cross-departmental collaboration and transparency. As the company grew, employees found that email couldn’t keep pace with the rapid-fire communication required to resolve issues and roll out improvements. Teams tried Yammer and Skype, but those proved distracting and didn’t integrate with their day-to-day apps.

In 2014 the IT operations team started using Slack, which allowed it to automate workflows and tie its most important tools together. The other tech teams followed suit, and Slack became the place where the majority of their conversation happened. Lauren Mottram-Heathcote, Auto Trader’s people communications and engagement lead, saw how well Slack was working for the tech teams, and in 2019, based on declining usage of Yammer, the platform was rolled out companywide.

“We’ve never had to do a big campaign in terms of launching Slack. It’s been quite an organic growth, with people just getting in and using it right away,” Mottram-Heathcote says.

Keeping on top of alerts and incidents

By integrating both out-of-the-box and custom-built apps with Slack, the IT operations team has transformed how it handles alerts and incidents. The team created a custom app dubbed Skippr that plugs into Auto Trader’s observability and monitoring tools and delivery platform (Prometheus, Kubernetes, etc.), and pushes its alerts into Slack channels—a central place for sharing messages, tools and files.

“With the app, there’s no information overload. It’s not a case of a million alerts going off. We really have honed it down, so we only get alerts if something needs to be actioned, like when a system is high CPU or if there’s an increase in business-impacting errors,” says Dave Whyte, Auto Trader’s operations lead.

Before Slack, the operations team would have to track down the developer who owned the application that was causing the alert. Now when an alert goes into the #k8-alerts-prod channel, the app owner (developer) also receives an automatic notification in Slack. That gets eyes on the issue immediately, and because they can collaborate with operations right in the channel, it takes less time to resolve.

“The Slack notifications help developers take ownership of their apps and fix any issues, with input from the operations team if necessary. It encourages them to keep on top of things, and if they are deploying something—and they do deploy frequently—they can spot any problems straight away,” Whyte says.

With such efficient alert management in place, Auto Trader rarely encounters incidents. However, if an alert is critical, a member of the operations team or the app owner then simply clicks a button to create a separate incident channel; responders from the development and operations teams are automatically added, along with app owners for downstream dependents. By including the relevant people, and broadcasting that an incident is happening, everyone can have complete situational context.

“If a critical incident occurs, we need to loop in a lot of different people straight away. With Slack, everyone who needs to take action is notified as well as the stakeholders who need full visibility on how the issue is being resolved,” Whyte says.

Whyte spoke about an example of how Slack facilitates the cross-functional collaboration necessary for swift incident resolution.

“We recently had an issue with a third party and created a channel to deal with it. We had the product owner, the developer and the operations people all in there sharing knowledge, talking about the problem and how to fix it. That would never have been possible to schedule so quickly in the past,” Whyte says.

Before Slack, Auto Trader held in-person postmortems for all incidents. However, building the timeline of relevant events relied on people’s memories, so understanding the key facts and key decisions in an issue proved difficult. Now Auto Trader uses its Skippr app to manage the incident channel. Once the incident is marked as resolved, the app copies all the pinned messages and makes them available in a useful format where they can be transferred into postmortem documentation.

“Postmortems used to need output from four or five different places. With Slack, we get everything into one dedicated channel, so the whole process is more streamlined.”

When Auto Trader first went fully digital back in 2013 (issuing its last print magazine), even small website changes could take weeks to deploy. While that improved over the years, it was still taking too long. Releasing BAU/support changes would take so much time from delivery teams that it could be months before they were actioned.

Auto Trader has over time moved to a continuous integration (CI) and, more recently, continuous deployment (CD) approach. The #bugs-and-improvements channel, for example, allows user feedback to be collaboratively prioritised, so that it is actioned appropriately.

“A customer recently raised a bug with a member of our frontline support team, so they put a query in #bugs-and-improvements. The developer fixed it that day, and the customer couldn’t believe that it was sorted so quickly,” Whyte says.

Slack has brought transparency to Auto Trader’s deployment process, which is critical to shipping quality code faster. In 2010, the company deployed an average of 11 changes a week; in 2021 the average is 860. Deployments take less time as well, down from a median of 900 seconds in January 2018 to 99 seconds in January 2021.

By connecting tools like GoCD in Slack, Auto Trader’s developers have been able to automate the CI/CD pipeline. They can stay focused—for example, they will be notified only if there are errors caused by their changes. That means that deployments no longer slow work down.

Mark Crossfield, a technical lead and one of Auto Trader’s Slack owners, spoke about how visibility of failures had improved

“In the past, a developer might go to deploy something, but they couldn’t because the pipeline was red—perhaps somebody had made a change and not realised that they had broken it. With Skippr and Slack, that person gets a notification letting them know what happened, so they can fix it right away,” Crossfield says.

Auto Trader also uses Slack to streamline IT support requests. Previously, the tech support team had to work through a queue of tickets from frontline employees every day, mainly over email. The team frequently received duplicate queries, but each answer was shared only with the person who asked the question, so no one else could learn from it. With Workflow Builder, which allows any Slack user to automate routine functions in minutes, Auto Trader has simplified the ways requests are dealt with, rather than relying on a complex IT ticketing system.

Anyone can use a slash command in one of the relevant channels to call up a workflow, which then asks them for further details about their request. By configuring request workflows, the teams have all the information they need to action the request. More complex requests can be discussed by people in the channel. All questions and answers are public and searchable, which encourages high-quality responses. It’s also easy to check whether there is already a solution on record.

“The Slack workflows just speed everything up,” Whyte says. “The self-serve aspect is great—people often find what they need in seconds, and they love that they don’t need to raise a ticket. And the support team isn’t wasting time answering the same thing again and again, so there is a really quick turnaround on important requests.”

Both Whyte and Crossfield agree that Slack has made it easier for all Auto Trader teams to connect and collaborate. In fact, teams across the company rely on Slack for the majority of their collaboration.

“We do still use Microsoft Teams for certain things, but Slack is best for that open communication that we want to encourage. With channels, everything is visible and transparent,” Whyte says. “Slack naturally allows for companywide collaboration and open search, so employees are fully connected, compared with the way we use Teams, where information, search and communication is often siloed.”

As Auto Trader’s people communications and engagement lead, Mottram-Heathcote works to keep employees connected to the company’s business goals, culture and one another. She joined in 2017 and initially used a combination of email and Yammer to communicate with employees. However, she wasn’t getting a lot of engagement, and her Yammer messages were often read by only a handful of people.

By 2019 only 20% of employees were active on Yammer. Mottram-Heathcote wanted to invigorate company communications, so she moved everything to Slack. The switch has made it easier to communicate company goals and ensure that everyone feels part of the conversation.

Here are just a few of the ways Auto Trader uses Slack to drive employee engagement:

When Covid-19 hit in 2020, Auto Trader had to institute remote working for its employees; the challenge was to keep them connected as they adapted to the change. It used the Donut app in Slack to replicate the chance office encounters that often spark new friendships and ideas. The Donut channel, called #_at_unite, makes introductions between people from across the business and encourages them to meet up digitally, even giving them conversation starters to break the ice.

The decision to move Auto Trader’s internal communications to Slack has proved a strategic one. When the company surveyed its employees about how they felt about the switch to remote working, 96% said they felt connected to the business and 93% felt that Auto Trader was being honest and transparent with them.

“We’ve never gotten above 90% on those numbers in the past, and I do think that Slack is the reason they improved,” Mottram-Heathcote says. “It allows us to keep things human and connect with our people no matter where they are.”

“With Slack, everyone is getting the same message at the same time, which democratises the flow of information in the company. People feel more engaged with not only their team but with all the different teams across the organisation.”

As U.K. car retailers open their forecourts to the public once again, Auto Trader will be busier than ever. It plans to keep using Slack to deliver both impeccable service and technological innovations.

“We’ve really moved our technology forward,” Whyte says. “We’re able to get the most out of our internal applications, resolve incidents faster and deliver an improved customer experience. The way we have utilised Slack has been a massive part of that.”