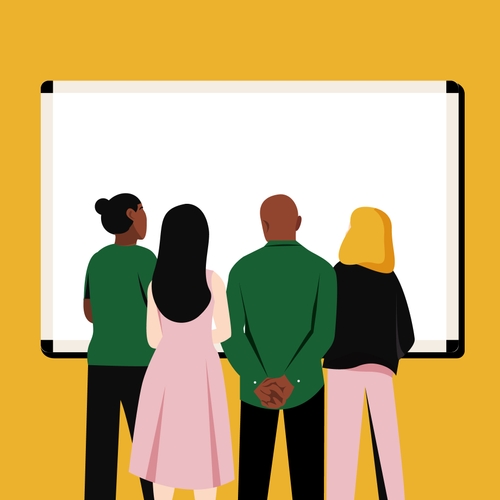 Now in its 12th edition, Robert’s Rules of Order is a guide to parliamentary procedure originally written in 1876 by Army officer Henry Martyn Robert. Today the book is considered a foremost authority on how to conduct meetings, used by organizations ranging from governments to professional associations.

In the wake of the pandemic, remote and hybrid work teams are here to stay. According to a 2021 PwC survey, 32% of employers plan to increase the level of remote work they offer in the future, and 13% plan to go fully remote. Just 17% are trying to get fully back into the office as soon as possible.

But remote meetings can be challenging, as many of us have learned in the past couple of years. Who hasn’t found their meeting interrupted by someone’s child making an onscreen appearance, or had their connection drop right before making an important point, or really regretted the decision to wear sweatpants because “the camera won’t see”? With so much going on, maintaining order, keeping the discussion flowing and accomplishing things can feel like impossible tasks. Fortunately, using Robert’s Rules of Order for meetings can take productivity to the next level.

What are Robert’s Rules of Order?

The book is packed with specific rules to guide every step of the meeting process, classifications of different motions, principles of debate and even how to define different types of committees. Unless you’re running a government, though, you probably don’t need all these specifics. Fortunately, Cornell University has published a simplified guide of the most useful main points.

In essence, Robert’s Rules of Order boil down to three guiding principles:

A motion is a discussion point. Someone makes the motion (“I move that we break for lunch now”). Someone else must agree or second the motion for it to be considered. The group then discusses the motion and ultimately resolves it before moving on to the next. Motions can be resolved, or “disposed of” in official language, several different ways:

Motions are the primary way business is conducted within meetings, and any participant is allowed to make one. Examples of motions include:

There are also specific guidelines for when a speaker can be interrupted:

Why people use them, and how they help

These rules also promote fairness. Everyone gets to speak with little or no interruption, diplomatically tempering those who like to hear themselves talk. And those charged with running the meeting can be more active participants since the “running” part largely takes care of itself. This includes taking minutes, as motions can make it easier to record everything correctly.

Of course, Robert’s Rules of Order are not perfect. They can be overly cumbersome, and following them requires a parliamentarian who needs expert knowledge of the rules to ensure that they’re correctly interpreted. But you can handle that by using a simplified version. Of course, you’ll also need to make sure none of your meeting rules conflict with your organization’s bylaws or even state or local laws.

How to leverage the rules in today’s landscape

Robert’s Rules of Order are meant to keep things running smoothly while promoting fairness and equity. But in today’s workplace, following them to the letter can overwhelm your process. Unless you’re running a government, you can agree on simplified rules.

One of the best things about the rules is that they encourage courtesy, professionalism and etiquette. Your team members will feel seen, heard, respected and like they are part of the team, no matter where they sit physically. At a time when many businesses are struggling to promote a strong workplace culture among newly remote or hybrid groups, this can be a powerful benefit.

The rules can also boost productivity. Every minute employees spend in a meeting is a minute they’re not actively working on a project. Keeping meetings on track makes them shorter and less likely to cause inequities or hurt feelings.

When adapting these rules to modern remote and hybrid teams, make sure technical glitches don’t get in the way of everyone expressing themselves. Using a platform like Slack for your meetings can help. You can conduct an all-written meeting in a designated Slack channel or use the platform’s suite of tools to create a living plan ahead of time for collaboration and real-time screen sharing during the meeting.

Learn how to facilitate simplified, streamlined communication between teams, especially ones with remote or hybrid workers