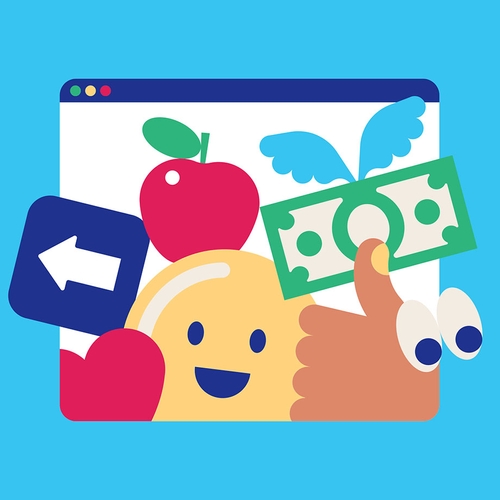 Are there certain emoji that should be off-limits with your boss? Have your international colleagues ever misinterpreted the 💸 emoji? And do you typically wait to build a relationship before sending emoji at work?

With 3,633 emoji in the Unicode Standard, there’s a lot of potential to communicate – and miscommunicate – with an emoji. We wanted to learn more about emoji communication around the world. So, in honour of World Emoji Day, we paired up with our customer Duolingo to survey 9,400 hybrid workers in North America, Asia and Europe. As two brands known for their impact on language – both in terms of learning language and how we speak at work – we knew we wanted to partner on celebrating a day that we both love.

What was abundantly clear from the results is that emoji aren’t merely nice-to-haves anymore. Interestingly, Indian, Chinese and American workers are most likely to find emoji-less texts or messages lacking, especially compared with global respondents (85%, 74% and 71% respectively, versus 58% globally). This number is only likely to increase as digital-native generations grow older.

Before you press send…

Over two-thirds of survey respondents use emoji when messaging their friends (73%) and family (68%), but things get slightly more nuanced in the workplace.

Fifty-three percent of respondents usually include emoji when they message their colleagues, while 30% never do with their boss.

So what are the most off-limits emoji to use at work?

We also learned that 67% of respondents feel closer and more bonded in a conversation when messaging someone who understands the emoji that they’re using.
At Slack, we think emoji can go a long way on the empathy meter. For example, when a coworker’s child falls ill or something heavy is happening in the news, we often use emoji to express care to our colleagues:

We’ve even landed on some quirky uses over the years, like using 🦝 to politely indicate that a certain post might belong in a different channel, rather than bluntly telling someone they’ve made a mistake.

‘At Slack, we love emoji,’ says Olivia Grace, a senior director of product management. ‘They let people convey a broad range of emotions efficiently, and in a way that words sometimes can’t. As we continue to embrace hybrid work from digital HQs, emoji help people acknowledge one another, clarify intent and add a bit of colour, depth and fun to work.’

Customised emoji also add value to a company’s culture. At Duolingo, a global, diverse workforce who love using emoji, there are more than 1,000 customised, Duo-created emoji in use. They add to the company’s playful culture and help to forge connections beyond shared interest channels and internal clubs. For example, someone created a ‘dance party’ shortcut that generates an autoreply of all of Duolingo’s dancing emoji partying together, which is used for celebratory moments.

Emoji are widely used in the workplace, but some are ambiguous

In our current times, messages can feel incomplete without an emoji – but not everyone agrees on what they mean. Around 58% of survey respondents say they’ve been unaware of specific emoji having multiple meanings.

Part of this is the generational divide. Globally, younger generations were more likely to report that their recipient misunderstood an emoji that they’d sent (31% of Gen Z and 24% of millennials). Those surveyed were also more likely to send an emoji to someone their age or younger, while 28% of respondents don’t care about age when it comes to their emoji use.

Our survey reveals that the following emoji are particularly susceptible to misinterpretation:

One thing that is clear is that the same emoji can mean multiple things to multiple people, and their meanings can be more subtle and contextual than we think.

As Hope Wilson, learning and curriculum manager at Duolingo, who has a Ph.D. in Slavic linguistics, says, ‘With virtual communication – especially work-related conversations over Slack – people from various countries and cultures, with different emoji styles and expectations, need emoji to help convey subtle meanings in real-time, often high-stakes, situations. Emoji communication breakdowns happen for the same reasons as all language breakdowns.’

For distributed teams, an emoji is worth a dozen words

When accepted as part of the language of work, emoji can go a long way toward increasing efficiency by replacing follow-up messages and reducing noise.

58% of global employees surveyed said that using emoji at work allows them to communicate more nuance with fewer words, and, perhaps as important, 54% think that emoji use can speed up workplace communication. This was even higher in the US: 69% of American respondents say emoji allow them more nuance, while 67% think it speeds up communication.

Over a third of French, Australian and German respondents (37%, 36% and 33%, respectively) agree that their company has its own ‘language’ of emoji for internal communication. Notably, this sentiment was higher in Asia than Europe, with 66% of Indian and 60% of Chinese survey takers agreeing.

At Slack and Duolingo, emoji are baked into our everyday workflows. Many emoji reactions, or reacji, as we call them at Slack, replace the role of repetitive follow-up messages. For example, within many service-based teams they serve as shorthand for requests coming into a channel:

In channels for feature requests and brainstorming, we use ➕ to say ‘I agree’ or ‘add my vote to this’.

Emoji can serve as metadata, too. When the pandemic first hit, we tracked and saw a huge spike in ❤️ and similar emoji as Slack employees showed support, love and solidarity – sentiments that are hard to put into appropriate words at work – through difficult times.

With colleagues in China, Germany, Mexico and Brazil, Duolingo relies on Slack and customised emoji to coordinate across countries, manage time zones, and bridge communication gaps for the global organisation. This is what they’ve created:

Emoji are so ubiquitous and used in so many different ways now, it’s no wonder they have their own day. In fact, our favourite question for new hires at Slack is: What’s your favourite emoji? We’d love to know yours! Tweet us at @SlackHQ with your answer.

This random double-opt-in survey of 9,400 hybrid office workers distributed equally across the US, the UK, Canada, France, Japan, China, Singapore, India, Germany, South Korea and Australia was commissioned by Duolingo and Slack between the 15th and 27th of June 2022.

It was conducted by market research company OnePoll, whose team members are members of the Market Research Society and have corporate membership to the American Association for Public Opinion Research and the European Society for Opinion and Marketing Research.