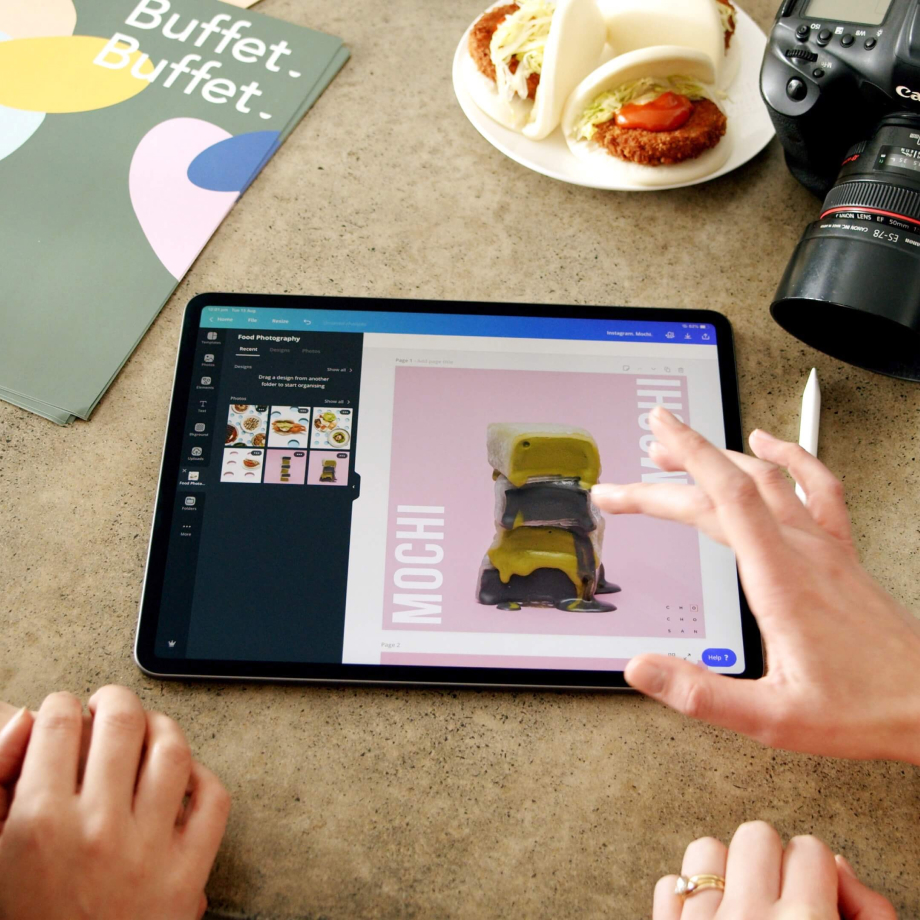 The global online design platform Canva is on a mission to help empower everyone to design anything. Inspired by the idea that people can overcome steep learning curves with the right tools, co-founders Melanie Perkins, Cliff Obrecht and Cameron Adams believe that the future of design should be more collaborative and easy to use, and exist online.

Before Slack, the early days at Canva involved face-to-face huddles with a team that you could count on two hands. ‘As the company grew, the way we collaborated had to change accordingly,’ says Liz McKenzie, Canva’s global head of PR and communications. ‘Everybody was wearing so many different hats. We needed to bring on the right tools to help transition the team into a more efficient working group.’

With over 40 million monthly active users in more than 190 countries, Canva’s growing user base includes small-business owners, social media influencers, charities, enterprise employees, teachers and students. Since the company’s public launch in 2013, more than three billion designs have been created – equivalent to 80 designs per second.

Canva has been using Slack since 2016. The secure channel-based messaging platform helps a globally distributed team, which now spans Australia, the Philippines, China and the US, to do their best work.

More than 1,000 Canva employees use Slack channels to share messages and files and to collaborate on projects. Channels also help to distribute company-wide communications and onboard new team members (nicknamed ‘Canvanauts’).

Canva’s Internal Infrastructure team, who create bespoke workplace technology solutions, rely on Slack to keep their work moving forwards efficiently. The Sentry integration keeps track of error incidents, helping the team to discover incidents within a minute of them happening. ‘Getting error notifications delivered into our team Slack channel feels much more like a livestream of updates and less spammy than emails,’ says Lawrence Law, an infrastructure engineer.

‘Getting error notifications delivered into our team Slack channel feels much more like a livestream of updates and less spammy than emails.’

At Canva, employee onboarding is a company-wide responsibility. ‘We also use Slack reminders for cross-functional team task syncs,’ says infrastructure engineer Caly Yang. ‘For example, we can set a reminder for People Operations to update the onboarding list, or alert Tech Support to prepare hardware for newbies.’

Keeping everyone connected throughout the company helps to set incoming hires up for success with the right systems, tools and Slack channels – no matter where the office is located.

Your company’s success often depends on people outside your walls who have specialised skills that can make quick-turnaround projects happen. With Slack Connect, Canva can work faster with its external partners in a way that feels as straightforward and fluid as collaborating with its in-house teams.

In 2019, Canva launched a seasonal campaign, ‘Pasko’ (the Tagalog word for Christmas), that invited people to design an online greeting card for their loved ones. The company and its external agencies relied on Slack Connect from the initial planning stages to the campaign launch. Says McKenzie, ‘Because the campaign was based on a single “big reveal” moment where we needed to capture the experience of family members being reunited, we relied on Slack to make sure that everyone was included across the latest updates.’

‘The aim was to bring joy, get people excited by seeing their own designs and create a new way for people to see their family,’ she adds. ‘The grand finale involved us sending a Filipino family based in Melbourne back to their family in the Philipines.’

‘There’s that sense of belonging and just really being in the loop of a lot of things, thanks to everyone sharing updates on Slack.’

People from up to 20 different organisations can join a channel. For the Pasko campaign, Canva’s Slack Connect channel included Canva’s in-house PR and communications teams, who helped to pitch the idea to Havas, Canva’s PR agency in the Philippines, which steered logistics on the ground. There was also an internal brand studio that looked after creative assets, and a community team that facilitated the family’s real-life surprise moment.

The results? ‘It came together beautifully,’ says McKenzie. ‘We decided to continue working with the PR agency, and we brought them in on a retainer.’

‘Canva is all about collaboration and empowering teams,’ McKenzie says. ‘And I think it’s natural to us that we would also steer toward a communication tool like Slack that facilitates teamwork.’

She credits transparency and asynchronous communication as crucial factors in making key stakeholders feel involved when a new product or campaign launches: ‘If you have an update, loop people in. They don’t have to respond, necessarily, but they know what’s going on.’

‘There’s that sense of belonging and just really being in the loop with a lot of things because of Slack,’ McKenzie says. Emoji can also help to make channel-based messaging more expressive and productive. ‘For example, you could say, “This campaign is ready!” Then add an emoji reaction to acknowledge your colleague: a tick or a thumbs up. You immediately know who’s doing what.’

When new employees onboard, they can join many Slack channels straight away. Some of these channels include:

Ranked as one of Australia’s best places to work, Canva uses Slack to bring its supportive, diverse and unapologetically quirky company culture to life.

Recognising work well done is another team ritual made possible with Disco, an online culture platform for distributed teams. The app integrates with Slack and lets employees give a well-earned shout-out to their colleagues.

Canva takes it one step further with an extra layer of customisation. ‘Every time you give someone kudos, the app comes up with our six values that we can attribute their great work to,’ McKenzie explains.

As a company-wide tool of choice used by Canva’s founders, coaches, managers, team leads and individual contributors, Slack helps the company to bring its core values to life every day, including ‘Make complex things simple’.

‘A tool like Slack only works if everybody uses it and the whole company embraces it,’ McKenzie says. ‘It becomes part of who we are at work: giving kudos, acknowledging our colleagues.’