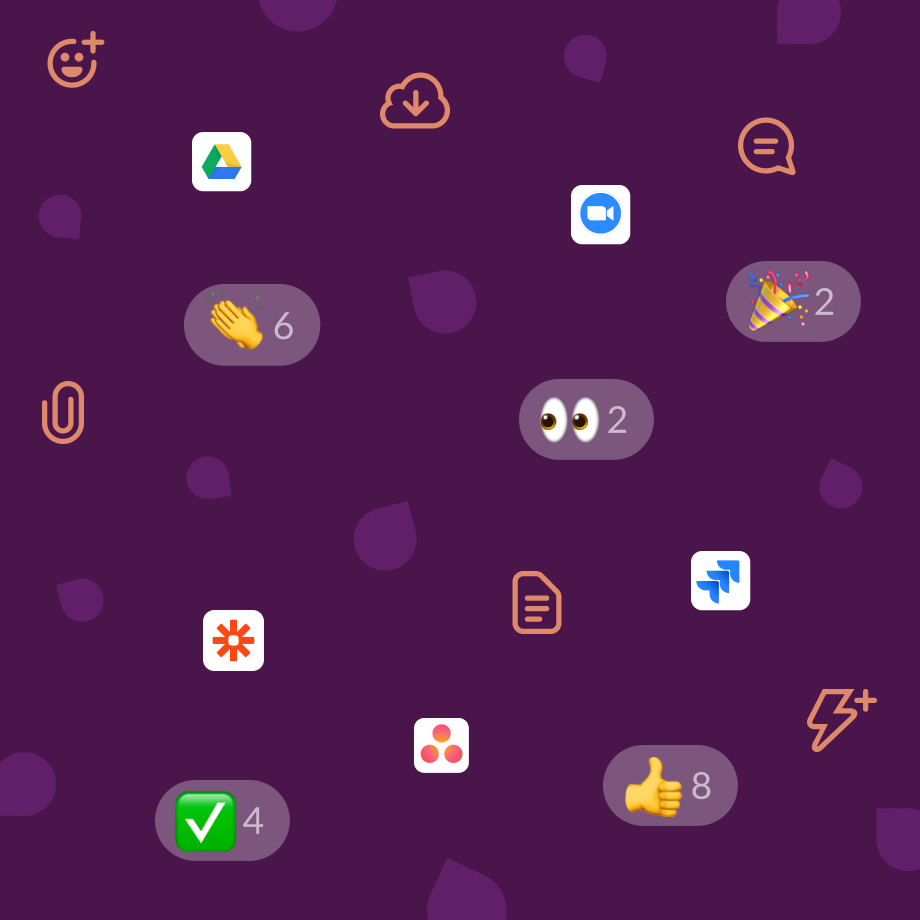 We’re seeing a generational shift in how we collaborate at work. People are moving away from email and into channels, away from legacy suites of badly connected products and onto a new customisable platform that can more easily connect the tools they use to work. In September 2019, we exceeded 12 million people actively using Slack every day – up approximately 37% year on year. In addition, with more than six million paid seats, the number of engaged and active people who are relying on Slack continues to grow rapidly. 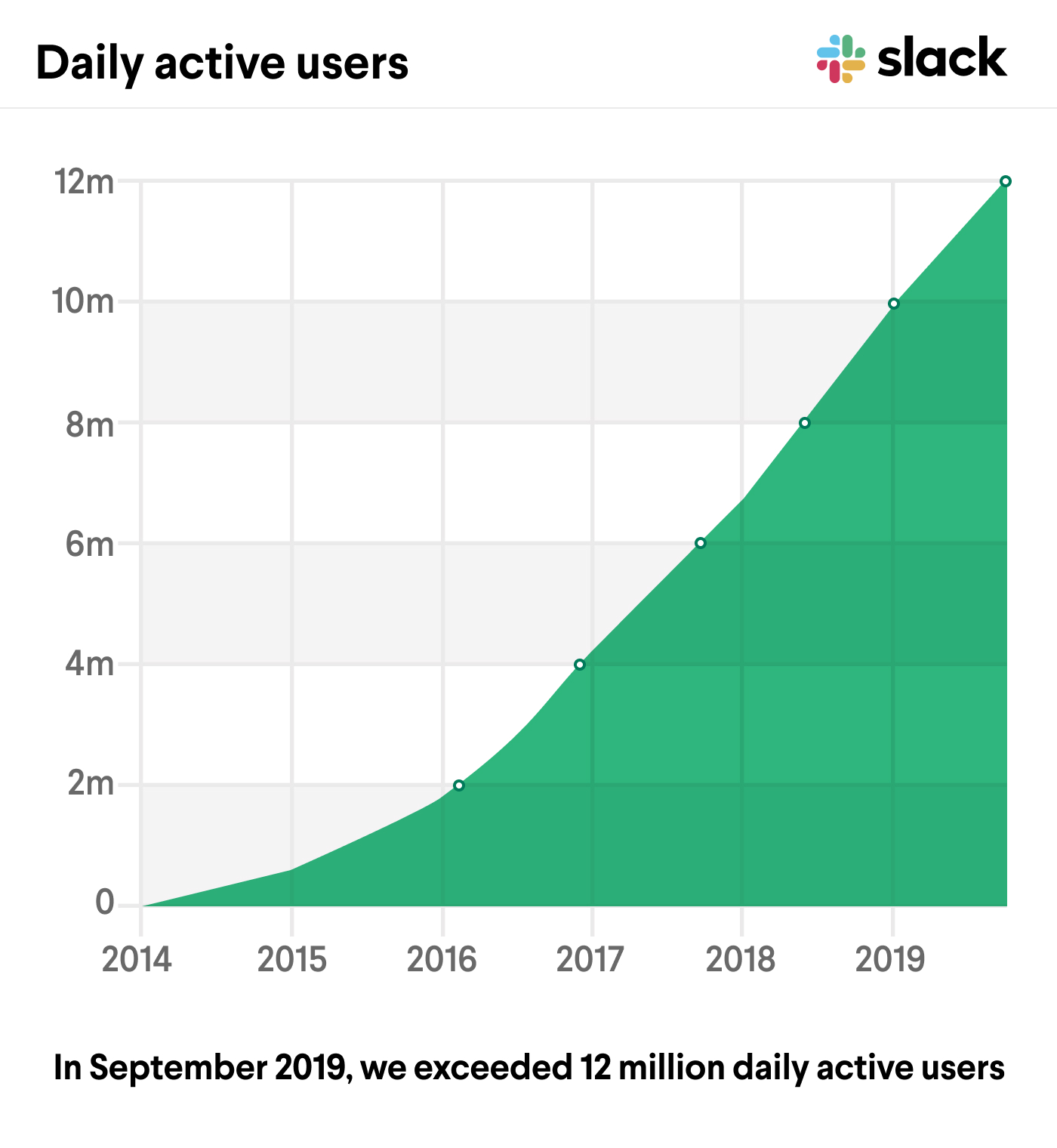 DAUs are cited a lot but what, really, is their significance? For us, the ‘U’ is what matters: use! Engagement is what makes Slack work – you can’t transform a workplace if people aren’t actually using the product. And we love the people building apps and integrations on the Slack platform, because they help drive that engagement. Our developer community has scaled with us to create a thriving ecosystem that feeds this engagement. As we prepare for Spec, our annual conference for developers building integrations and apps for Slack, we are laser focused on how best to support this community.

We and our nearly 600,000 daily active registered developers are designing for the millions of people whose work actually happens in Slack. Deep and sustained levels of engagement across companies are what keep people adopting Slack and using it above other, less connected, ways of working. 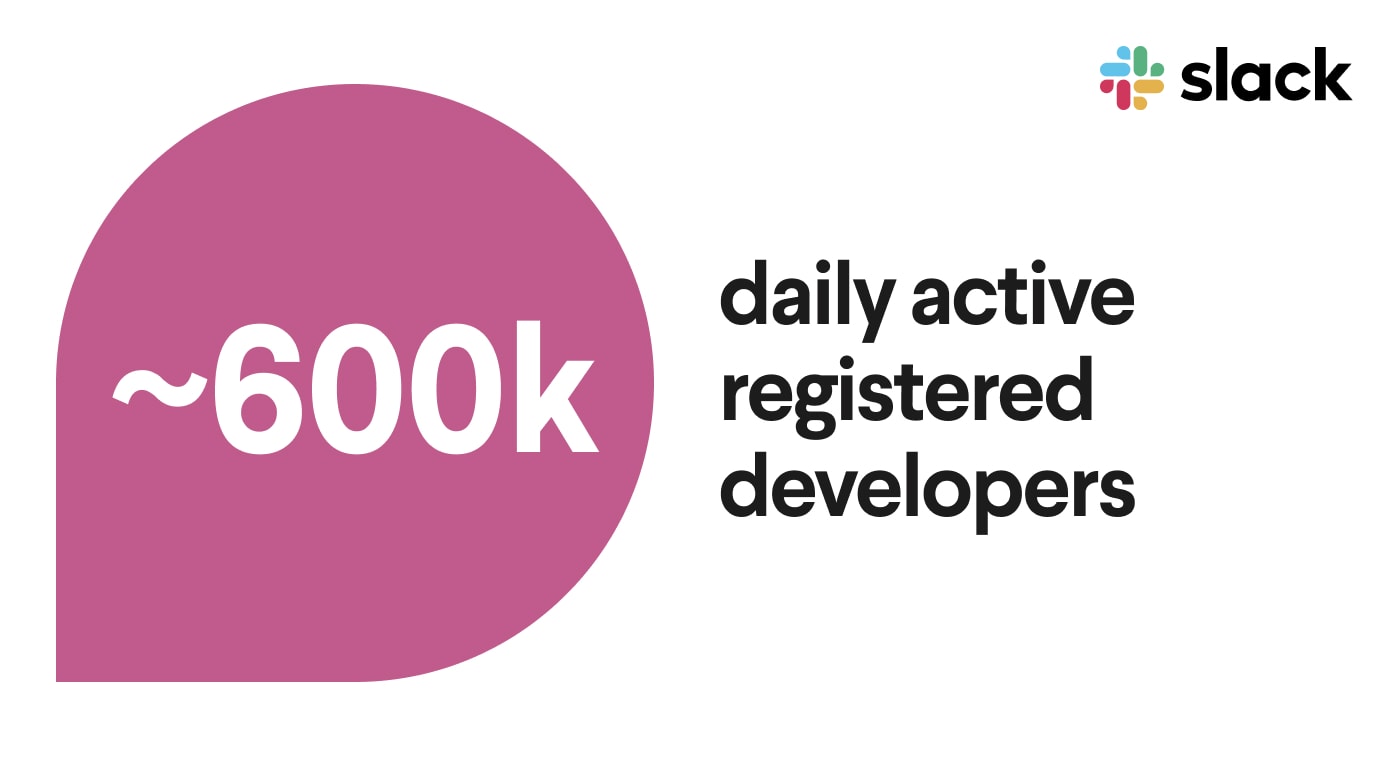 In a survey of US-based users, 87% said that Slack improved communication and collaboration inside their organisation. Among our paid customers, users spend more than 9 hours per working day connected to our service, including spending about 90 minutes per working day actively using Slack. What does this active use look like? It adds up to more than 5 billion actions weekly on average, including reading and writing messages, uploading and commenting on files, performing searches and, most importantly to us on the Platform team, interacting with apps. And Slack doesn’t exist in a vacuum. We’re at our best and offer the most value when we work hand in hand with the other tools our customers use every day. 95% of Slack app users surveyed say that using an app in Slack makes those tools more valuable.

This circular exchange of value is the flywheel effect that fuels successful platforms – and when the flywheel starts spinning, it becomes nearly impossible to stop. We have more than 1,800 apps in our App Directory and more than 500,000 customised apps – customised applications built by customers to integrate with both their internal systems and external software – were used in a typical week during September 2019. And as our developer ecosystem keeps growing, adding new apps across all types of vendors, the value for our customers grows with it.

But we know we can do more. At Spec, we’ll be showing developers new and improved ways to build apps that meet the needs of Slack’s deeply engaged users, the majority of whom aren’t in tech roles, and those who work at the world’s largest enterprises, including the more than 65 Fortune 100 companies that use Slack.

The network is growing… and we’re all part of it.

The way we work is fundamentally changing. It’s becoming faster, more adaptable and more collaborative. This change is fuelled by engagement. Whether you’re sending a message in channel, launching a call in Zoom, sharing a Google file or starting your day by checking the Outlook calendar app, every action you take to connect with your team in Slack and move your project forwards adds up to a whole new way of working.

When we talk about daily active users, we mean a user who has either created or consumed content in Slack within a given 24-hour period on either a free or paid subscription. In September 2019, we exceeded 12 million daily active users, including nearly 600,000 daily active registered developers. We define an organisation on Slack as a separate entity, such as a company, educational or government institution, or distinct business unit of a company, that is on a subscription, whether free or paid. We define a paid customer as an organisation with three or more users on a paid subscription.

The survey results showing improved communication and collaboration are from a June 2019 survey that we conducted with approximately 1,600 US-based users who had been using Slack for at least one month, which we refer to as our 2019 survey. Additionally, according to our 2019 survey, more than half of Slack’s users are in non-technical roles.

In September 2019 on a typical working day, paid customers averaged nine hours connected to Slack through at least one device (such as a laptop or mobile phone) and spent about 90 minutes actively using Slack.

In September 2019, we saw on average more than 5 billion weekly actions in Slack during a typical working week. Actions in Slack mean writing messages, reading messages, uploading or commenting on files, performing searches, interacting with an app or a similar action that indicates active use of Slack.

The survey results showing that 95% of Slack app users say that using an app in Slack makes those tools more valuable are from a July 2019 survey that we conducted of approximately 1,700 US-based users who had been using Slack for at least six months and used at least two of our most popular apps in the two weeks prior to the survey. Our top apps include apps developed by Slack, our partners or other third-party developers.

Four reasons why the future of work is best-of-breed

Leaders from Box, Okta, Slack and Zoom agree that customising your tech stack is key to doing your best work

Introducing new product innovations to help teams to collaborate, connect to their partners and systems and get work done.

A partnership to bring tools and teams together

We’re making it even easier to unlock the value of your software, with deeper integrations and new features for our shared customers