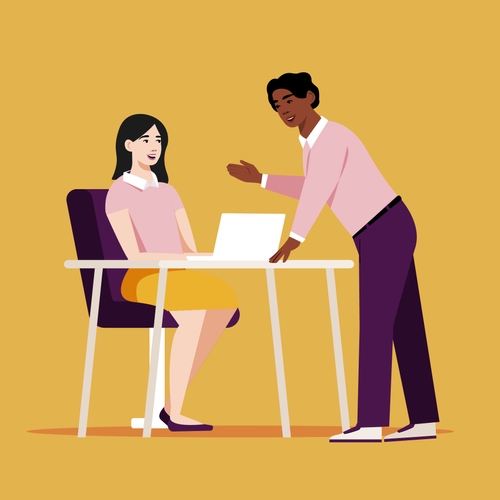 The future of work continues to evolve more than two years after we lurched into global lockdowns. Remote work has largely been successful, according to a 2021 PwC survey, and more than half of employers report that they plan to offer expanded remote options long-term. But we’ve learned a lot since then, especially when it comes to running remote and hybrid teams more smoothly. One of the biggest realizations is that meetings can be a giant waste of time.

Whether your employees work remotely, in-office or both, meetings still have their place. To maximize their effectiveness, it can help to learn the difference between a formal meeting and an informal one and which to use when.

A formal meeting is what you likely think of first. There’s a set agenda and a strict protocol. One person typically leads the discussion. There might be rules on who can speak when and for how long. Often a notetaker records minutes, which follow a specific structure and use more formal language.

In a formal meeting, time is usually broken into blocks, with the schedule distributed in advance. For example, the main speakers might talk for 30 minutes each, followed by small-group breakout sessions, with everyone reconvening to discuss the results.

While the structure might be a bit old-fashioned, most formal meetings today rely heavily on modern electronic communication tools.

Examples of formal meetings include, but are not limited to:

An informal meeting may not look like a traditional meeting at all. It is typically much looser or more flexible. Rather than a conference room or video-conferencing call, it might take place in a break room, an office or even a local bar or restaurant. There are few specific protocols, though the group might agree to certain conventions such as voice votes.

An informal meeting might have a loose plan, but participants typically feel freer to go “off script.” People can generally interject whenever they want, and brainstorming is common. Informal meetings usually happen within a specific time block but might run longer or shorter depending on how things develop.

Examples of informal meetings include, but are not limited to:

Note that weekly team meetings, including project meetings and the like, may be either formal or informal. In most cases, it works best to run them informally. But a formal structure can work best for meetings that largely revolve around presentations. For example, if the development team presents a finalized website layout, it may be best to use formal conventions to keep the meeting on track.

Pros and cons of each type of meeting

Each type of meeting has its place, but the two are not interchangeable.

When deciding which meeting type to use, think about your goals for that meeting. In general, formal meetings are best for:

Informal meetings are usually best for:

But what about productivity and innovation? Do they favor one type of meeting over the other? Like so much in life, it depends.

You could argue that formal meetings are better for productivity since they follow a set plan. Informal meetings are often better for innovation since they leave room for interaction and creativity. But if you’re not using the right tools and following the best practices for each type of meeting, both can quickly go off the rails. Likewise, both methods can foster productivity and innovation when used to their maximum potential.

Best practices and tools for each meeting type

So what tools should you use for each type of meeting? And what are some of the best practices? Let’s take a look.

Formal meetings are most effective when you follow certain best practices:

Depending on your unique needs, common tools include:

Although they don’t have strict protocols, it’s important to follow best practices when conducting informal meetings to keep them efficient and on track.

Exactly which tools you need depends on the purpose of your informal meeting. In general, though, you might need such things as:

Though the current trend is to reduce the number of meetings overall, it’s impossible to eliminate them. But understanding the different types of meetings, which to use when and the best practices for each can go a long way to making sure your meetings are highly efficient and productive. To make the most of both types of meetings, consider using a highly customizable collaboration platform like Slack.

Presence over presents: Are UK employees switching off over Christmas?

Workers are struggling to disconnect during the holidays. Here’s how managers can use Slack to help