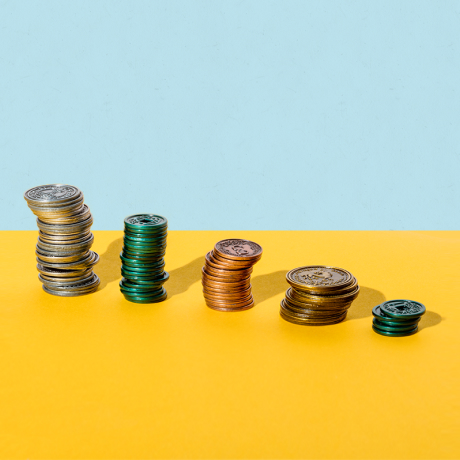 Founded in 1983, Intuit is a technology company with global products and platforms, including TurboTax, QuickBooks, Mint and Turbo, that are designed to empower consumers, self-employed people and small businesses to improve their financial lives: finding them more money with the least amount of extra work while giving them complete confidence in their actions and decisions. With more than 9,000 employees and over 50 million customers worldwide, the company operates on a massive scale, growing its revenue to US$6 billion in the 2018 financial year.

Even as Intuit’s product offerings have diversified and evolved, the company has remained a regular on Fortune’s 100 Best Companies to Work For list. Although its employees love where they work, the leadership noticed an opportunity for improving how work was getting done: for projects that cut across product lines and rely on shared engineering resources, or for people on the front lines of customer support who frequently communicate other teams, siloed infrastructure was becoming a roadblock to collaboration.

“To help and serve our customers, [our support teams] might have used 20 tools,” says Brynna Donn, Intuit’s Director of Collaboration and Productivity, IT. “We had to make that simpler.”

Many tools on that list had been adopted by a single team – and Brynna’s group hosted empathy session after empathy session to learn how employees were trying to bridge these tools and work together. Two common themes emerged:

Slack, which was initially rolled out at Intuit as part of a portfolio of solutions in an internal campaign called ‘Work Better Together’, is now used by every division. The company also uses Slack channels to collaborate directly with external partners, shortening the distance between teams.

“It’s been really interesting to participate in those partner channels, because they’re broad and varied,” says Brynna. “Lots of people from different disciplines talking about opportunities to work together and partner better externally. These Slack groups created and enabled collaboration that wasn’t there before by allowing the teams to come together more easily and more quickly to drive better [results].”

Unlike a typical enterprise technology implementation scenario, in which it can be difficult to manage company-wide adoption of new technology and workflows, Intuit’s initial staggered roll-out quickly went up a gear.

“Once people saw how easy it was to get started, adoption became viral,” says Pam Whitmore, Group Manager, IT. “It was a matter of keeping up with all the groups that wanted to use Slack.”

According to internal net promoter score (NPS) surveys, Slack is delivering on the high expectations that come with enthusiastic adoption. Intuit assigns its tools an NPS to identify business teams who need more training. The bar for the company’s most important internal tools is a score above 20, and the current average is 24. Slack most recently scored 50, signifying its popularity with Intuit’s workforce.

“Slack groups created and enabled collaboration that wasn’t there before.”

Intuit’s customer support teams are spread across the regions the company’s products serve, and the dozens of tools they used in the past made it difficult to connect with other Intuit teams or collaborate with outsourced providers. Slack brought these groups onto one common platform. From there, onboarding from the Slack team – training team members on simple, intuitive workflows that were easy to use and could automate some manual tasks – showcased opportunities to increase productivity.

Intuit sees this benefit on a daily basis with internal support issues. “As soon as an incident was opened, we would start a Slack channel and get everyone together [to address IT support tickets],” says Pam. “It was an early integration that delivered value and it has become really mission-critical for Intuit.”

Slack has also helped simplify the team’s seasonal onboarding. “Now with Slack, everyone can get [in a channel] together and we can automate that onboarding so that it’s as easy as possible,” says Brynna.

Once these seasonal teammates are set up with other vendor tools, Slack is their next stop. Intuit created a user group for these workers in Slack, which automatically adds them to the channels and workspaces most relevant to their work while only granting them a specific set of permissions. For example, these workers are able to collaborate in the channels that they are assigned to and can join public channels, but they can’t create a new channel or delete posts.

“As soon as an incident was opened, we would start a Slack channel and get everyone together... it has become really mission-critical for Intuit.”

The ease of integrating Slack into Intuit’s seasonal onboarding came into focus with an Australian customer support team’s custom bot, Learning Bot. When certain topics are mentioned in conversation, such as how an application’s niche feature works, Learning Bot asks the customer support person if they want to learn more about it.

Learning Bot APPHi @Harry Boone 👋 If you need any info on your new health benefits, feel free to write to @Zoe Maxwell or check out #benefits. Welcome to the team!

This as-it-happens contextual learning has become extremely helpful for new members of the customer support team, and it was built by a colleague with little coding experience. “He was able to easily learn a few tools and do some experimentation with this learning bot,” says Pam. “You don’t have to be an engineer to [create something like this].”

Custom integrations such as Learning Bot, along with the ability to bring geographically dispersed teams into a common workspace, have resulted in increased productivity for the customer support teams. “Our teams tell us they’re working together and solving problems much faster,” says Pam. “Although they are spread across the globe, Slack makes it like you’re in the same room.”

How e-commerce unicorn Veepee decreased incidents by 67% with Slack

How e-commerce unicorn Veepee decreased incidents by 67% with Slack