Every day, 2.5 quintillion bytes of data are created, enough to stream Netflix non-stop for around 265,788 years. Much of that data is generated by humans, but machines –think planes, traffic lights and medical devices – leave their own digital footprints. All that data should be a treasure trove for businesses, but many companies are drowning in it.

Thankfully, the software company Splunk is a skilled interpreter, transforming machine data into usable, accessible information. Within Splunk, the sales engineers (SEs) act as interpreters for customers, including more than 90 Fortune 100 companies. They’re tasked with uncomplicating the complicated – as quickly as possible and usually on site. No pressure.

In Splunk’s early days, SEs used email. Now that the team has multiplied and spread over 29 global offices, email just doesn’t cut the mustard. “We have a growing portfolio of products, and the industry changes so quickly that we have to make sure SEs have the latest and greatest content,” says Mike Dupuis, a senior manager for sales engineering, strategy and operations at Splunk. By using Slack to quickly share information, collaborate in real time and gain visibility across continents, the SE community turned its size into a competitive advantage.

SEs are dispersed around the globe and work side by side with clients to demonstrate Splunk’s value. But it’s easy to feel isolated. “It’s very difficult for us to communicate and share best practices when we’re really stuck,” says SE Kelly Kitagawa, “because when you’re on site, you’re there by yourself.”

Slack closes that communication gap, bringing hundreds of SEs together to solve problems, provide support and eliminate redundancies. “Whether it’s an integration with another product or a use case, we can now find someone who’s done it before,” Mike says. Recently, a remote SE was looking for a Tableau integration in the #se channel. “Everybody came together, best practices were laid out and now it’s searchable if somebody else has the same question,” he says.

Kelly says Slack has expanded her knowledge base: “If I have 600 people’s brains – and all their information as well – it makes me a stronger SE.” Mike reiterates that when an SE understands Splunk better, “they can better vocalise our vision and advise our customers.” Armed with a searchable bank of information, SEs can quickly pull up the information they need.

Paul Leung  here it is! https://docs.google.com/document/best-practices

Thanks for the quick response Lisa Amos

“The fact that I’m able to respond to my customers much faster is helping me close deals faster,” Kelly says. Instead of waiting two or three days to get a response from a colleague or manager, she can turn issues around instantaneously. “That translates from productivity to efficiency,” she says.

Slack has also helped increase visibility, a top priority for a global company. Because Splunk’s SEs generally manage their account portfolios from personalised dashboards, managers need a convenient window into what’s happening. The Splunk team developed a Slack app that allows managers to use the command /splunkcapture to pull a read-out of an SE’s dashboard into Slack. With the snapshot, they have a bird’s-eye view of the SE’s opportunities and potential red flags. “Even when they’re on the [go] – in a hotel, at the airport – they can use the capture command to get on the same page,” Mike says.

“Slack really allows me to connect to my customers in a different way. I want them to think I’m an extension of their company, and any time they have questions, it’s very easy to connect. Slack is a great way for me to help them get what they need faster.”

Splunk continues to grow its employee base year after year. All those new starters make it challenging to maintain the company experience. As Vice President of Learning and Development, Fred McAmis focuses on the employee lifecycle and growth. He understands that clear pathways for professional development help employees stay motivated. “We want the experience for every Splunker to be a trophy experience,” he says. “The idea behind that is, people are going to develop while they’re here and we’re going to do as much as we can to help them develop.”

Splunk offers leadership courses at all levels and each course has a Slack channel. Fred believes that while training is the main event, learning requires reinforcement. “So we’re using Slack to supplement the training and offer a way for people to stay in touch and remind themselves of what they learned,” he says.

are a close tie. Sarah Parker  do you think we can cover both since they’re so closely tied? 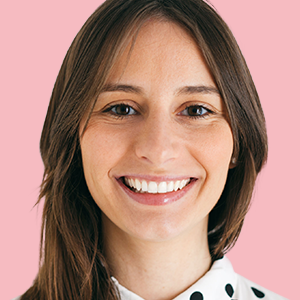 Absolutely Jagdeep Das. This is a timely discussion given performance reviews are next month. Sarah Parker  can you add it to the agenda?

Fred readily acknowledges that most learning happens outside of structured courses. “People often want to go directly to what they need, when they need it, when they’re motivated,” he says, “so they can move on and implement it.” Splunk uses Slack to deliver that just-in-time knowledge. “Slack really helps with that. The digital messaging isn’t lost – it doesn’t turn into vapour. It’s actually archived somewhere and it’s organised in a way that people can find it,” he says.

Fred also uses Slack to onboard new Splunkers, slowly offering important resources, suggesting new channels and gauging sentiment through surveys. New recruits ease into ongoing projects and develop communication habits that serve them well throughout their Splunk career. Kelly notes that Slack enables Splunkers to speak to anyone. “There’s not a lot of hand-holding that you need to do to get in touch with someone. Slack really builds a sense of community and connects people who are siloed or who don’t have an office.”

Before Slack, Splunkers used different tools to communicate. Marketing had Skype, whereas product and engineering preferred HipChat. If you were in a cross-functional role, Mike says, “it broke down because you didn’t know where to look.” Wires got crossed and miscommunication was expected. Employees had to decide between working and catching up on emails – which often included sifting through long email threads. “Each one was like a little research project,” Fred says.

When Splunk’s new CTO came on board, he chose Slack for engineering. “It started as a pilot and then quickly spread across the organisation,” Fred says.

Short targeted Slack messages help his team push projects along, Fred explains. “You don’t really get buried in Slack because you can deal so efficiently with it,” he says. For example, every day Fred receives updates from his direct reports in Slack and a thumbs-up emoji is enough to keep things moving. “It’s real time,” he says. “Email is very formal in comparison.”