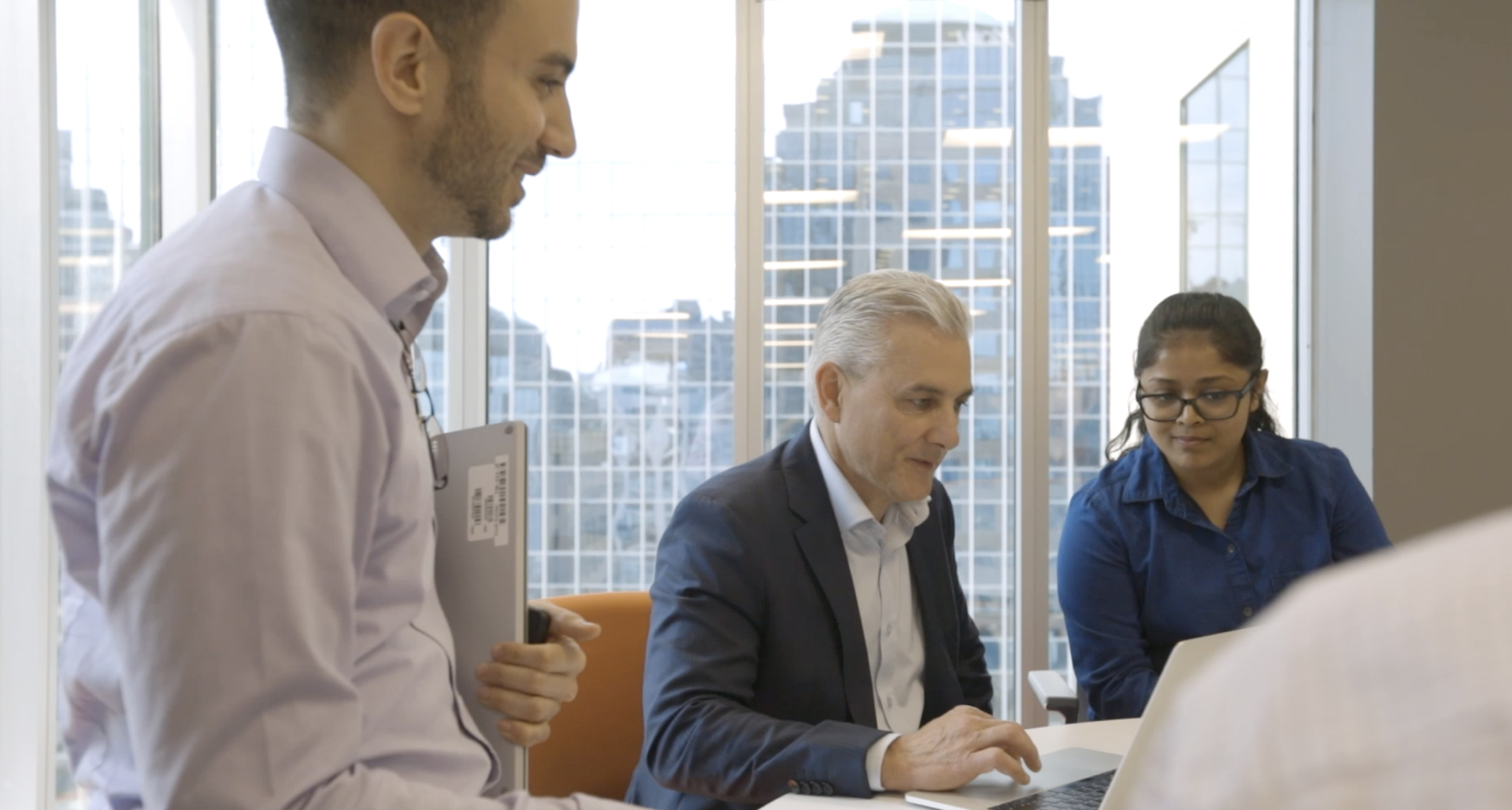 Content displayed in Slack is fictional, provided for illustrative purposes only and does not represent actual conversations among RBC employees.

Canada’s biggest bank, and one of the largest in the world based on market capitalisation, is celebrating its 150th birthday this year. But rather than counting candles, the Royal Bank of Canada (RBC) is looking ahead, investing in new ventures and reimagining banking as a seamless digital experience.

Following its purpose to help clients thrive and communities prosper, RBC is in the middle of transitioning to being a digital-first, tech-enabled company. With over 86,000 employees and a long legacy, this is more than an organisational challenge, it’s a mindset shift: and employees are learning to work differently. “Today’s developers fundamentally work more horizontally than vertically, and Slack helps to enable this way of working,” says RBC Executive Vice President of Innovation and Technology Martin Wildberger.

“It is an exciting time for innovation. We’re fast approaching a time when we will have access to almost unlimited compute capacity as well as a tremendous store of data which we will be able to connect and analyse through new technologies like AI. Soon we will only be limited by our own imaginations. These advancements are allowing us to not only derive better solutions to the problems we’ve been wrestling with for ages, but more importantly, do things that we’ve never done before,” Wildberger says.

What started as a developer tool is now fundamentally integrated into the day-to-day lives of over 5,000 RBC employees and counting.

“I’ve seen first-hand how Slack has connected, enabled and grown our developer community in a collaborative environment.”

RBC’s Digital Team operates on the front lines of the bank’s digital transformation. This cross-functional group ensures that RBC’s customers enjoy a seamless digital experience – whether they’re on the web, in the app or at the bank. “We’re rethinking the way we deliver value to our clients,” says Christopher Higgs, Vice President of Digital Omni and Mobile Technology at RBC.

Zoe Maxwell14:07Yes. Each new app should be fully accessible. We need to go through everything with a screen reader and an accessible eye to identify improvements before the app is client-facing.
👍1

Lisa Zhang14:10Agree with above 👆. Because this project is shared across three squads, we should align. I’ll add this as an agenda item for our next inter-squad sync.
🙌1
Message #digital-proj-galaxy

The Digital Team is organised into squads that are made up of product owners, business analysts, designers and developers. Each squad has its own Slack channel for its core work as well as open visibility into other squads’ channels. This transparency saves time and cuts down on redundant work.

For instance, information on how to get set up and running with a development environment is indexed, shared and made searchable in Slack. That instant access to information has streamlined development processes. What previously took hours or even days to research, now takes minutes, Higgs says. When questions come up, “there’s always another developer out there using the channel who can jump in and help,” he adds.

RBC’s inner-source community has actively fostered a culture that brings the open-source practice of communally developing software into the context of an organisation. Inner-source culture is rooted in collaboration, open communication, experimentation and feedback. Slack enables these things by connecting developers to the larger RBC community in an open space where everyone can contribute.

Employees can ask questions, even if they’re feeling vulnerable, within Slack channels. People from different teams and backgrounds often jump in to help, making it easy to obtain information. When, for example, a team member raised a question in the #developer channel about cloning GitHub repositories, a colleague provided an answer in three minutes.

Lisa Dawson09:45Hi 👋, is there an easy way to clone all the repos from GitHub? Just trying to save some time.

Lee Hao09:48You can use Beautiful Soup to scrape the URLs from the webpage and then run a for loop to execute git clone <repo_url>. Easy peasy.
🙌1

Lisa Dawson09:50Thanks! Trying it out now. Will let you know if I run into any issues.
👍1
Message #developer

Slack also provides a low-pressure solution for gathering feedback. There are no tracked changes or forms to fill in. People can offer insight without feeling like it’s compulsory. This new way of working lets teams and individuals test, learn and react quickly if they need to.

Over the past six months, RBC’s inner-source community has gained over 100 additional contributors to its projects. The inner-source approach has produced measurable results. “One of the other key dimensions is it allows us to build code faster,” Wildberger says.

RBC has a large international workforce, so maintaining a sense of culture is important. Slack enables connectivity and encourages teams and leaders to get involved.

Slack is especially valuable for executives like Cheesan Chew. As the Chief Operating Officer of RBC Ventures, the bank’s venture incubator, she oversees “a startup of startups”. Chew uses Slack to gain visibility on each venture – all of which have their own channels – and to communicate with her team.

Transparency within Slack goes both ways. Employees are encouraged to ask questions, and when senior leaders add their response in a channel, it opens the door to a two-way dialogue.

By enabling leaders, teams and squads to quickly communicate and connect to the right people across departments and continents, Slack has allowed RBC’s tech teams to work differently while delivering new and improved experiences to more than 16 million clients.