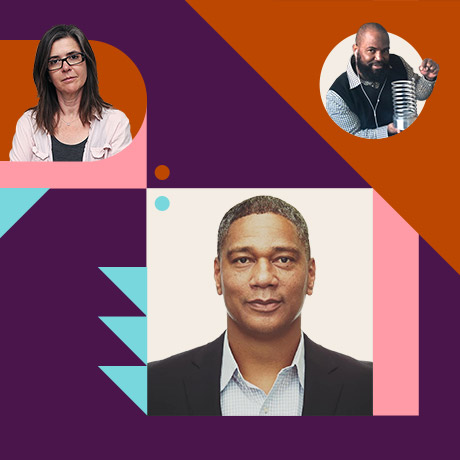 In 2018, Slack started Next Chapter, an eight-month paid apprenticeship program designed to help formerly incarcerated individuals succeed in tech. To date, three Slack apprentices have become full-time employees at Slack. The program has also scaled to Zoom and Dropbox, with a cohort of eight participants in 2020.

“Our program is more than just an apprenticeship program,” says Kenyatta Leal, the re-entry director for Next Chapter. “It’s really all about coming in and creating an equitable place for everyone to thrive. All three [apprentices] have made tremendous change in their lives and, I believe, are really valuable examples of what change looks like and what the power of support and opportunity can do in someone’s life.”

During Slack Frontiers 2020, our biggest annual conference dedicated to our customers, partners, developers and distributed teams around the world, Slack CEO and co-founder Stewart Butterfield, along with Leal and other esteemed panelists, discussed stories of resilience and success that encapsulate the spirit of the Next Chapter program.

“That line that ‘You can judge the quality of a culture by how it treats its poorest and most vulnerable’ is something that I believe in,” Butterfield said. “How we treat the most vulnerable of society is a reflection of a society.”

No year in recent memory has reflected this idea more, as countries around the world grapple with the Covid-19 pandemic and ongoing issues of racial injustice. “Right now, we’re living in some very, very trying times,” Leal said. “I think that we could all use just a little bit more empathy in the way that we go about our business every day.”

“We’re living in some very, very trying times. I think that we could all use just a little bit more empathy in the way that we go about our business every day.”

Panelists Aly Tamboura, the justice and program manager at philanthropic organization the Chan Zuckerberg Initiative, along with Nigel Poor and Earlonne Woods, the co-hosts and co-founders of the podcast “Ear Hustle,” discussed how people should support formerly incarcerated individuals and, by extension, society, rather than tear them down. While Tamboura said he’s no different from any other person who’s been incarcerated, he hopes his story helps people not give up on themselves or their dreams despite the obstacles in their way.

Woods also credited his faith in himself for where he is today, which includes being a 2020 Pulitzer Prize finalist in the audio reporting category for his popular podcast. An example of his tenacity was his determination in trying to change California’s Three Strikes sentencing law from within San Quentin prison.

“When we were hoping the law would change in 2014 and it didn’t, it was like a bomb went off and we were all just zombies walking around,” Woods said. “But still, we didn’t give up. We kept going to the law library because we kept believing that things are going to change. I think that’s what got me through—I never stopped believing in myself.”

“We kept going to the law library because we kept believing that things are going to change. I think that’s what got me through—I never stopped believing in myself.”

According to Butterfield, reforming the justice system is “one of the most important issues facing the country and one of the biggest opportunities we have to become a better and more moral society.” In terms of what people can do, Poor suggested starting with yourself, as she did. She first visited San Quentin to teach a history of photography class and saw her own preconceived notions about incarcerated people dissolve upon stepping into the prison.

“I think one of the biggest surprises for me was to see the commonalities in the connections between life inside and life outside.”

“I had an expectation of what I was going to see, and it was really anything but that,” she recalled. “I think one of the biggest surprises for me was to see the commonalities in the connections between life inside and life outside.”

Poor went on to describe how people inside prison are still living their lives, just in different ways. “It might not be the life that they want, but it is a life where people have family and work and jobs and friendship and hardships and struggles,” she said. “And it’s all happening in this place that’s really about deprivation.”

Tamboura noted that there are many ways to help those returning home from prison, including:

“I guarantee someone who’s formerly incarcerated is going to be the best employee you have.”

“I guarantee someone who’s formerly incarcerated is going to be the best employee you have,” Tamboura said.

Self-reflection, empathy, tenacity, opportunity and genuine care about others: The Frontiers panelists drew up a recipe for success that we can all learn from, especially today, to help us work and live with purpose.