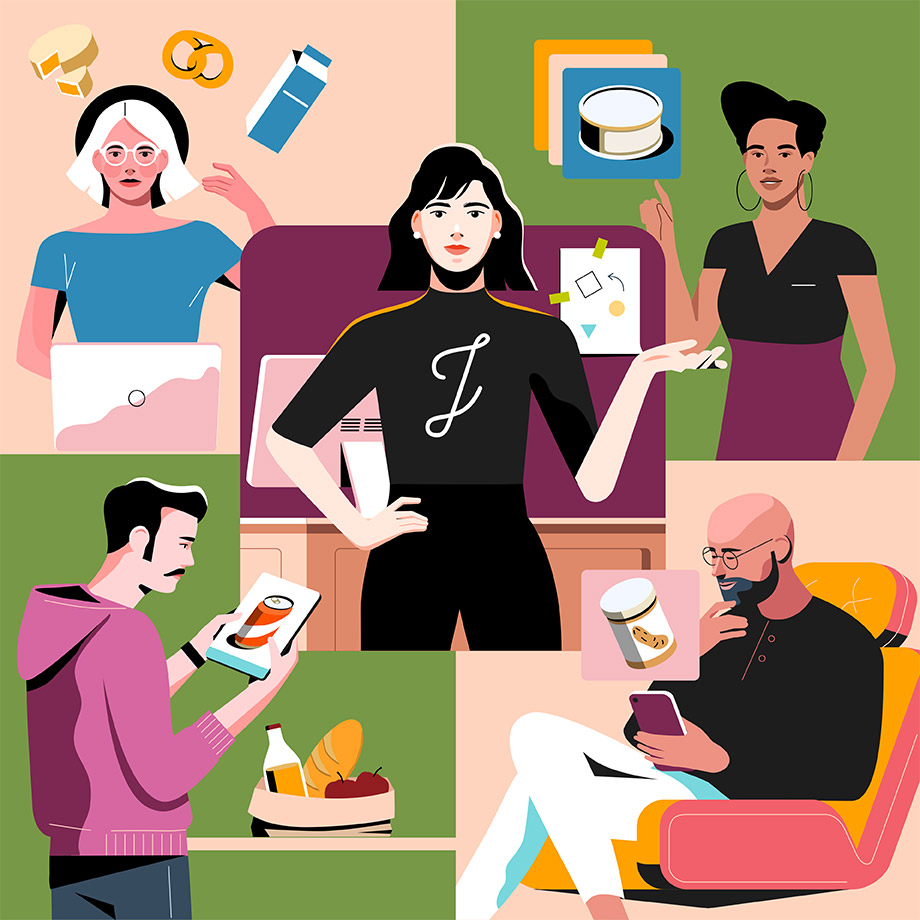 While Loblaw Companies started as a single grocery store over 100 years ago, it has since expanded to encompass dozens of brands covering food, health and wellness, and much more. As Canada’s leading grocery and pharmacy provider, with thousands of store locations across the country, it was necessary for the Loblaw Digital team to provide resources to support a growing infrastructure and workforce.

To keep everyone in sync, Loblaw Digital turned to Slack, the secure channel-based messaging platform, to get the job done. And when Loblaw Digital sought ways to streamline common workflows for both technical and non-technical teams across Loblaw Companies, software developer Brandon Sam Soon, along with the internal tools team, decided to build a custom internal Slack app using our APIs.

“By automating routine tasks in Slack, we are able to remove unnecessary toil and dependencies across departments, enabling our field teams to make decisions quickly and ultimately service our customers better.”

For Loblaw’s grocery pickup and delivery brand, PC Express, PC Express colleagues spend most of their time in the field moving from one store location to another. They’re tasked with many responsibilities, including:

An efficient way for colleagues to interact with headquarters is by using Slack on company-provided mobile devices. So Loblaw Digital built a custom internal Slack app called Jeanie to support their efforts. Named after a character from the movie Ferris Bueller’s Day Off, Jeanie serves not only developers on the digital team but also PC Express specialists, with functionality that can be adopted by almost anyone at the company.

Sam Soon says it was important to implement Jeanie in Slack because all day-to-day grocery store operations for PC Express colleagues—including support inquiries about online orders—was already happening in Slack. “We didn’t want our PC Express colleagues to learn a different process,” he says. “Since they were already very familiar with using Slack, we wanted to utilize that familiarity to ensure seamless adoption.”

“The Jeanie custom app accelerates the time it takes for colleagues in the field to perform daily tasks. What used to take an hour or two now takes seconds, and happens right within Slack.”

The first version of the app was a simple chatbot that responded to commands via direct message in Slack. But after several iterations, the developers added rich forms and interactive elements. Utilizing Block Kit, Slack’s app design framework, Loblaw Digital expanded the use of pop-up windows while improving the display and formatting of the tools.

Hi, I'm Jeanie! Would you like to check online grocery product assortments for Store #4610?

Loblaw stores also use Jeanie to track product assortment levels and information, including why a product is currently being sold or not, which stores it’s being sold at and how long that information will be valid.

Simplifying work for both technical and non-technical teams in Slack

Two years after Loblaw Digital began experimenting with Block Kit and saw the success of features spawned from earlier versions, Jeanie has been rewritten to follow a plug-in architecture. This allows any development team at Loblaw to easily add any functionality they need in Slack via Jeanie.

According to Sam Soon, Jeanie is one of the most well-known and well-used tools in the Loblaw Digital team’s suite. That’s because the app offers a variety of tools for non-technical Loblaw employees.

For example, Jeanie helps Loblaw Digital streamline and automate onboarding for new Loblaw colleagues. Staff can activate and access new Google G Suite accounts with an easy command directly in Slack, along with all necessary credentials, including two-factor authentication.

Hi, I'm Jeanie! Would you like to activate a new Google G suite account for Arcadia Buendia?

And when someone’s needs don’t quite fit a specific task or team, Jeanie lets employees log open requests with a special setting. These requests are posted into a Slack channel where staff monitor and help out in any way they can.

Loblaw Digital also uses Jeanie to summarize code releases. What was once done by hand by managers in their QA department has now been entirely automated. When invoked, Jeanie can:

Jeanie is also used to notify and track any incidents for the Loblaw Digital team. Previously, this was all done manually and could sometimes lead to errors, such as missing information fields between posts, incident timelines not lining up and or not having the proper teammates notified. Now, Jeanie emails and posts messages in the proper Slack channels to notify colleagues about ongoing issues. It also creates incident tickets and incident timelines of what has transpired.

Loblaw Digital was ultimately able to help streamline tasks for all its colleagues by building a suite of tools offered under the Jeanie custom app umbrella. Whether it’s removing a product listing or tracking a code change, both technical and non-technical teams can instantly issue the appropriate command directly in Slack, on the fly, from wherever they are.

If your team uses Slack and has developer resources, you can build custom internal apps to help solve your team’s hardest problems too. You can find documentation and code samples covering all the ways you can extend Slack with Block Kit on our API site, including using interactive elements to create the custom tools your team needs.