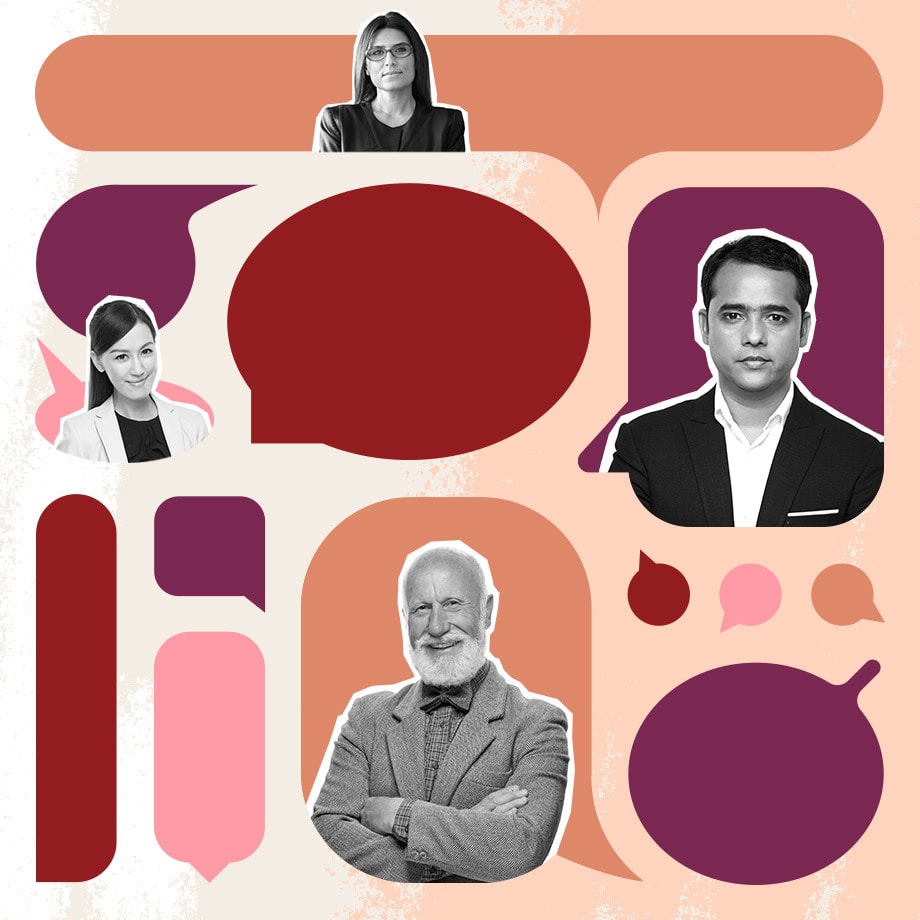 Leadership communication styles have a huge impact when it comes to motivating employees and empowering them to do their best work. After all, as mentioned in the International Journal of Management & Business Studies, great communication can “not only help teams to complete their projects successfully, but also enable organizations to achieve success and growth.”

Even in today’s distributed, collaborative workplaces, we still look to our team leaders not just for what they bring to the collective effort but for how they convey it: confidence, encouragement, expertise and decisiveness. Let’s look at four leaders and the lessons we can learn from them about how to talk (and listen) to team members.

Vulnerability is often associated with weakness, but according to Brené Brown, the opposite is true. The research professor’s five bestselling books, two viral TED talks and Netflix special, The Call to Courage, provide a valuable perspective for those looking to hone their leadership communication skills.

“Vulnerability is not weakness,” Brown explains in her famous 2012 TED talk. “I define vulnerability as emotional risk, exposure, uncertainty. It fuels our daily lives. And I’ve come to the belief … that vulnerability is our most accurate measurement of courage.”

After recounting a time when she was asked to speak less about shame and more about innovation, creativity and change at a business event, Brown points out that vulnerability is really the birthplace of each. “To create is to make something that has never existed before,” she says. “There’s nothing more vulnerable than that. Adaptability to change is all about vulnerability.”

Being open is critical for having difficult conversations with your colleagues, but it’s also necessary for chancing new initiatives and testing ideas. Try to seek courage, not comfort, and be willing to put yourself in situations where you won’t always be right or have all the answers.

The best leaders know how to rise above the small stuff and help their teams achieve a shared goal—a trait exemplified by American astronaut Scott Kelly. Despite their differences, he and Russian cosmonaut Mikhail Kornienko worked together on the International Space Station, circling the planet for 340 days, displaying unity, solidarity and professionalism.

Kelly has flown to space four times in his 20-year career as a NASA astronaut. While he acknowledges that personal issues or politics can potentially get in the way of a mission, he says there’s always an opportunity to find common ground. “Even when you are not the greatest of friends, you could work together for something you both believe in, feel strongly about and [that] has mutual benefits,” he said in an interview with the Harvard Business Review.

It’s a leader’s job to articulate a common vision, objective and set of values that resonate with the whole team. Kelly was once encouraged by fellow astronaut Cady Coleman to be more transparent and keep the public in the know at all times, so he made it a point to share his stories and experiences. His friendly leadership communication style helped build public interest and support for NASA’s work.

Some leaders prefer to show perfect composure; others tend toward off-the-cuff candor. Michelle Obama does both—often at the same time.

While touring to promote her memoir, Becoming, the former First Lady sat down with poet Elizabeth Alexander in front of a full house at the Barclays Center in Brooklyn. As the two of them discussed barriers to women’s equality and success, Obama spoke frankly about the failure of the “lean in” philosophy to make a meaningful difference.

“Marriage still ain’t equal, y’all,” she said. “It’s not always enough to lean in, because that s— doesn’t work.”

Immediately the audience erupted in cheers and laughter. Not only was a prominent personality willing to speak the truth, but she did so with humor, earnestness and authenticity. One of the smartest things you can do is engage with your employees in a way that helps them see you as another human.

Obama never swore in front of a packed arena when she was First Lady (at least, not that we know of), but her form of leadership communication embraced real and relatable themes. She would often fill her speeches with personal anecdotes about her life, work and family.

“Your story is what you have, what you will always have,” she writes in Becoming. “It is something to own.”

When Indra Nooyi took over as CEO of PepsiCo in 2006, prospects for the company were uncertain. So Nooyi used her position to publicly address the challenges the company was facing head-on.

“The one thing I’ve learned is: Don’t lie to the people,” she said in an interview with CNBC. ”Don’t tell your people one thing when the reality is something different.”

Her resolve to tell the truth wasn’t limited to speeches. Fortune describes Nooyi leading a team of executives on a daylong excursion to various retail and restaurant vendors, meticulously pointing out and photographing every merchandising faux pas so that it could be forwarded to the person who made the mistake.

“We ought to keep pushing the boundaries to get to flawless execution,” she said. “Flawless is the ultimate goal.”

This unflinching (and sometimes unpopular) forthrightness was a huge factor in Nooyi’s success. And over the long term, she proved her detractors wrong as PepsiCo’s revenue increased from $35 billion in 2006 to $63.5 billion in 2017, with shareholders seeing a 162% return.

The moral of the story? Say what you mean, be true to your word, and follow your conscience. Nooyi’s fearless leadership communication style shows that being honest to a fault may not be a fault at all.

These four individuals are incredibly diverse in terms of their industries, ideas and leadership styles. Yet the lessons they impart are applicable to anyone in a leadership position.

As you look to foster a culture of collaboration and understanding in your workplace, think of these leaders and their communication examples. Then consider how you might practice the same vulnerability, transparency, authenticity and honesty with your own teams.