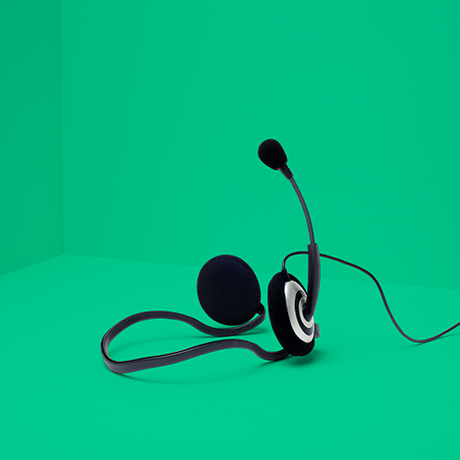 Aircall’s mission is to make business phone solutions and workflows as easy to manage as any other business communication tool. The cloud-based voice platform integrates with 100-plus existing softwares, notably the most popular CRM and help-desk tools, to create the perfect custom setup for any sales or support team.

Founded in 2014 in France, Aircall has scaled rapidly, with offices in Paris, New York, Madrid and Sydney. To date, the company has more than 8,500 clients worldwide. Aircall believes that flexibility in the workplace, should it be remote, hybrid or onsite, needs to focus on helping the teams and their end customers. This mission accelerated in the past year as Aircall helped many SMBs shift to new work usage with an easy-to-install, easy-to-use solution.

The company chose Slack as its communications platform early on, preferring channels—a central place for sharing messages, tools and files—to email inboxes, where messages can get lost or forgotten. And as Aircall has grown, Slack has become the place where the majority of its work gets done.

With Slack app integrations, the company has boosted productivity across every department. Salespeople can easily share information and react quickly to leads. Work processes have been streamlined and automated, saving time and giving its more than 500 employees space to concentrate on higher-value tasks.

Here’s a look at how Slack has become an essential part of Aircall’s business and its toolkit for success.

From the start, Andreï Sochala, Aircall’s sales VP, used Slack to foster communication within the sales department and the wider company. The three main sales groups—outbound sales development reps (SDRs), inbound SDRs and account executives—have their own channels, and there is a global channel where everyone can share information about deals, competitors and prospects.

The salespeople also subscribe to channels like #competitor-updates and #product-updates for easily digestible updates on company developments. “Our reps read them between calls,” Sochala says, “and it can really help them to show their prospects that they are on top of things like new features and future plans.”

As the sales department grew, Sochala realised that Slack could also be used as a productivity tool. “By integrating our most-used apps and creating some of our own, Slack has become a place where we can get up-to-the-minute updates on our prospects, move business forward and close deals faster,” he says.

With the Troops integration, insights from Salesforce are directed into Slack channels. For example, if a lead becomes qualified or makes a request for information, the appropriate rep will get a Slack alert so they can take action right away. The Troops integration also helps the sales team celebrate its victories. When deals are closed, a message is automatically sent to the #closing-emea channel.

“That message details which account executive made the deal but also which SDR got the lead in the first place and how long it took to close,” Sochala says. “It’s a team effort, and we want to recognise that.”

Aircall also created a custom Slack integration that works with its own platform, so reps can get timely, contextual information on their leads. For example, if someone who is trialling the Aircall product adds a phone number, the relevant sales rep will receive a Slack notification. That means they can get in touch with the prospect immediately, and, armed with contextual information, it’s easier to make a sale.

“In sales, there is a lot of chasing, and it’s rare to make contact with leads at the right time—they are often in meetings, particularly if they are decision makers,” Sochala says. “With this integration, we know when we’re top of mind, so we can seize the moment and reach out.”

“Our custom Slack integration lets us know when a prospect is trialling our platform, which is critical information for our sales team. That’s the time when we want to be talking to them.”

Managing cross-functional deals and keeping everyone on track

Aircall uses Slack to manage the entire sales process from beginning to end, which is particularly helpful for deals that require cross-departmental input. For instance, it recently acquired anti-food-waste app Too Good To Go as a client, and it used Slack channels throughout every stage.

The deal began with a sales rep securing the company as a lead and sending the details to one of Aircall’s account executives via Slack. When it emerged that Too Good To Go wanted certain customisations, Sochala spun up a Slack channel, so he could loop stakeholders in from other departments.

“This was team selling at its finest,” he says. “We wanted everybody to get involved in making this rollout a success and to troubleshoot as much as possible along the way. With the dedicated Slack channel, we could take care of any requests that the client had, holistically and efficiently.”

As well as managing deals, the sales department uses Slack for almost every part of its work. It’s where new reps are onboarded, so they get immediate access to channels and how-to guides and can be productive from day one.

Aircall also has a custom Slack app, called Droyd, to motivate the sales team and encourage a little healthy competition. Droyd captures information on how the salespeople are performing and sends it into the SDR channels at 1 p.m. and again at 7 p.m. It reports whole-team and individual metrics such as the number of outbound calls made, emails sent and demos done daily.

Since integrating Droyd in February, there has been a 40% increase in the number of outbound sales calls. “The check-ins are a soft way to remind everyone that if they all go above and beyond, the team will come out winning,” Sochala says.

“As sales VP, my role is to make sure that the sales team performs. Slack helps me to manage that from end to end.”

Aircall uses Slack channels and integrations to automate and streamline how work gets done across the business. The marketing team, for instance, has created a process that reduces the time it spends responding to the same questions. Now when people ask where the latest deck templates or brand guidelines are, they receive an automated response in Slack.

The quality assurance (QA) team has Slack embedded in everything it does, integrating apps such as Cypress, Jenkins, Bitbucket, Jira Cloud, Halp, Google Forms and DocuSign. Cypress is where the team does its front-end testing, and every time there is a failure, a notification is sent directly into #qa-alerting-phone.

The monitoring channel allows the QA team to act quickly to resolve incidents. Specialists monitor it constantly, and if there is an incident, they mark the alert with the 👀 emoji to indicate that they are working on it. When they fix the issue, they add the ✅ emoji.

“If there is a failure, then we need to take care of it right away, because we don’t want it to affect our customers’ experience,” says Maxime Doucet, Aircall’s QA manager. “Having the monitoring channel allows us to keep the entire process moving, from first alert through to resolution.”

In addition to issue resolution, Doucet uses Slack apps to promote innovation. With the Halp integration, anyone with a product idea can use a slash command in Slack to bring up a suggestion form. Filling it out creates a ticket for the product team, and the appropriate product manager will respond.

“Before, an employee could suggest an idea in a public Slack channel,” says Doucet, “but that didn’t produce the structured synopsis that we get with the Halp form. It gives our product managers a direct line to new ideas.”

“Our Slack monitoring channels and integrations have helped us become a lot more disciplined. Everything gets put in front of the right people and work moves forward faster.”

As well as using Slack throughout the company, Aircall uses Slack Connect, which extends the benefits of channel-based communication to external organisations, to collaborate with its main service providers. Gary Hardie, the company’s head of carrier relations, uses it to invite everyone relevant to join the conversation.

“With Slack Connect,” Hardie says, “I can add my support team, the legal team and the marketing team to the channel, and they can do the same from their side.”

Aircall also uses Slack Connect with its partners and customers, including BlaBlaCar, a long-distance carpooling service. “Our developers were liaising with their developers,” Doucet says, “sharing ideas and solving problems, but it was all being done over email, which didn’t make for dynamic conversation. We then started using Slack Connect, and it has helped us connect on a much deeper level.”

Aircall’s goal is to become the default phone system for all global small and midsize businesses, and the company is on track to make that a reality. It has raised $106 million in funding thus far, and recently it opened its first Australian office, in Sydney. As Aircall continues to grow its customer base, Slack will be more important than ever, says Sochala: “It gives us reasons to reach out to our prospects and makes us more proactive, more reactive and ultimately more productive.”