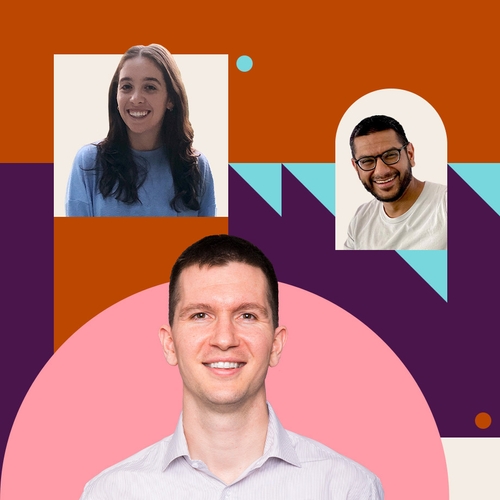 Companies undergoing digital transformation these days adopt dozens—even hundreds—of different apps to stay agile in their industries. And Slack is there to support that transformation, with more than 2,000 apps in our directory, many of which integrate with the tools you use each day.

For finance companies like HSBC, that means using Slack to coordinate companywide. And for teams at Etsy, Riot Games and Hearst, Slack is the central hub that helps them speed up development and keep everyone in sync. They all joined us at Slack Frontiers, our annual conference focused on transforming how everyone works, to share their success stories.

Digital transformation is happening across every industry, including finance. Since adopting Slack, HSBC has seen a rapid increase in engagement, with more than 12,000 daily active users sending over half a million messages each day.

Usage of Slack started organically, primarily in the company’s software development teams, where it helps them deliver more features to customers more quickly. It’s also been key to HSBC’s incident management. Moving communication and coordination out of siloed emails and into channels has led to an 80% drop in duplicate information.

“We’ve shipped around two to three times more customer features over the two years that Slack has been in HSBC.”

Since HSBC adopted Slack, the company has seen it break down similar silos across the organization—so much so that multiple teams that previously didn’t even know of the other are now sharing information.

Increase speed, quality and visibility across the development lifecycle

Successful software development teams need to ship code multiple times a day, after review and testing, with quick recoveries if anything breaks. And no matter how many tools a team uses to test, deploy, plan and manage software operations, Slack can bring them together in one place.

At Etsy, Slack is central to the entire software development process. The online retailer has developed a range of custom bots to help manage deploys, code reviews and software testing.

“Slack allows us to automate toil, reducing interruptions and context switching, so engineering can focus on what matters most.”

Etsy runs upward of 40,000 software tests on each code push to production, with an average of 22 code pushes a day. Automation is what makes this high volume of tests possible, and the company’s dev team has created dozens of bots in Slack to that end.

They’ve also adopted apps like PagerDuty and Stack Overflow for Teams. Both offer out-of-the-box Slack integrations that keep Etsy’s teams informed and sharing vital information. All these integrations mean that more information and updates flow into Slack, saving valuable time that would otherwise be spent context switching to other app interfaces.

At video game developer and publisher Riot Games, 77% of all employees use Slack four or more days a week. And they’re no stranger to automation and integrations—8,000 of the company’s users have collectively installed around 1,000 apps.

Riot Games engineers rely on custom Slack apps to provide insight and visibility into game builds and deploys in real time. When a build starts, a new message is posted to a Slack channel and is then continuously updated to show build progress and results through different stages.

If a build fails, alerts are automatically posted to Slack, with a detailed account of what went wrong. Slack apps even mention the developer responsible for the latest code change, to facilitate immediate triage.

Slack automations at Riot Games have led to:

Workflow Builder makes it easy for anyone, even those without any coding know-how, to automate common tasks in Slack. Since its launch, more than 175,000 people have created over half a million workflows used upward of 25 million times. And with new features to connect outside apps with workflows, workflows that used to require custom bots developed by in-house software teams can now be created by anyone.

The media company Hearst relies on numerous custom apps for Slack to handle its software deployments, as well as more mundane tasks like managing software licenses. Before the company used Slack, each time an employee requested access to a software tool, such as Jira or GitHub, the DevOps team found itself asking the same tedious follow-up questions:

Instead, requests are now made and approved entirely in Slack, launched from a quick request form. Completed answers are delivered to a DevOps team member via direct message, where he or she can approve it with a click. From there, a custom Slack app picks up the approval and completes the task.

Steps in Workflow Builder will soon allow workflows to send data to Jira, Datadog and GitHub, further automating work and saving hours of IT time each week. And new steps don’t end there.

Get more value from your Office 365 investment with Slack

The pace of innovation for sales teams is nothing short of breakneck, as traditional selling methods are vanishing in our changing world. And despite loads of available tools, often the information within them is siloed—which can slow down deals. For sales teams, fewer things are more important than time, so closing deals quickly and getting your product into a customer’s hands is job No. 1.

No matter what suite of applications your company uses, Slack can help eliminate the information silos they create, and that includes Microsoft Office 365: OneDrive, Teams Calls and Outlook Calendar all now have apps for Slack.

Let’s say you need to set up a meeting between your team and a customer. You can create an Outlook Calendar entry, pick from times that are available on everyone’s schedule, save the calendar invite, and when the meeting rolls around, participants will see notifications with a button to instantly join a Teams call from Slack. For every meeting, that’s one less app opened, one less browser tab created, and a few more minutes you can put toward getting work done.

For ViacomCBS, Office 365 and Google’s G Suite sit alongside each other in Slack, where documents, spreadsheets and presentations are frequently shared in channels, instead of trapped in anyone’s hard drive or email inbox. The company supports both suites to allow everyone to pick their favorite tool of choice for the job at hand, with Slack as the central hub for discussing and sharing that work.

Unlock a better way of working for your business

By bringing your organization’s people and tools together in a shared space, Slack can transform the way your teams work. At Etsy and Riot Games, that’s meant shipping more features to customers at a faster rate. At Hearst, it has meant less context switching and toil. To learn more about what Slack is unlocking for businesses around the globe, check out additional coverage of Frontiers 2020 below: